When a new brunch launches, I seldom have high expectations because it is not easy to introduce something that is so ubiquitous in the city - every 4 and 5-star hotel has  a brunch and there are also more and more 'stand alones' offering brunch. Having tried 38 brunches last year, it is not that easy to get excited where there is a formula followed by most brunches. It was with this frame of mind that I took the elevator up to the the Eat, Play and Laugh Friday Brunch at Kuzbara at the new Marriott Downtown Abu Dhabi. It is their second brunch since launching, so I am expecting a few teething issues. However, as I step out of the elevator, the music is already pumping. Energy. Nice. No jazz. Even better. 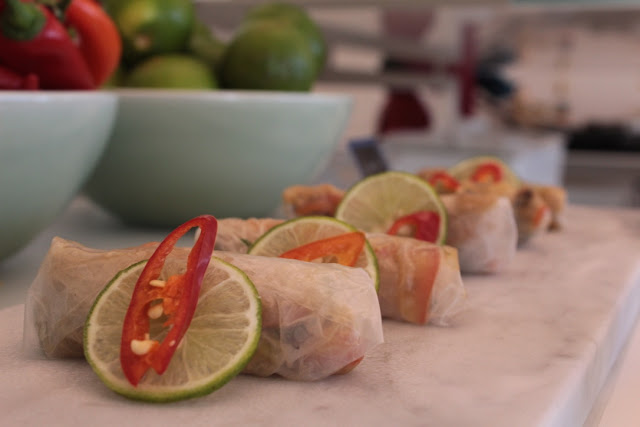 The name of the brunch certainly stands out - Eat, Play and Laugh Friday Brunch. If ever a name was a metaphor for a brunch, it is this name. It is a happy space. Maybe it is the floor to ceiling windows affording a lot natural light. It could be the light and bright colours in Kuzbara that engender a sense of happiness. It could be the staff who are politely chatty and laid back.

There is a kids area with Playstation and a few other fun things for kids - no face painting. I like that. There are other ways to entertain kids. Inside there is a foosball table, jenga and beer pong for adults. Yes, adults. Finally, there is a brunch that recognises an adult's right and need for playing. Brilliant. 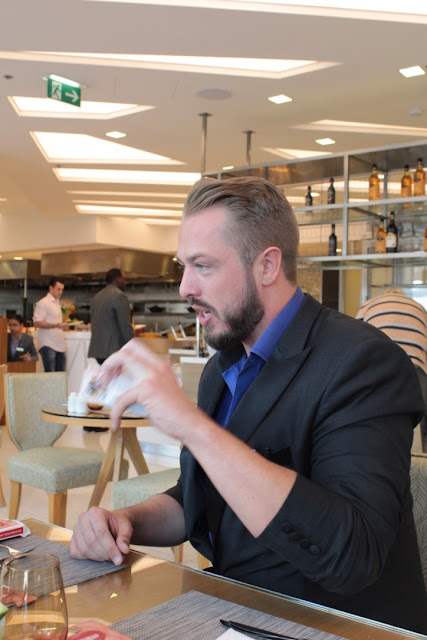 But that is not all. There is a magician. No, nothing corny. A real magician with more charisma and presence than a bunch of guys from One Direction. James Harrington will leave you speechless. Finally, the music adds to that sense of fun, laughter and all round enjoyment. I feel very strongly that there are options other than jazz and its variations for brunch. Personally, I sometimes yearn for good, old fashioned down to earth music that I can sing to. Also, they are not shy about the volume. If its too loud, you are too old is my motto. Kudos to the team for seeing this as the route to go with the music. 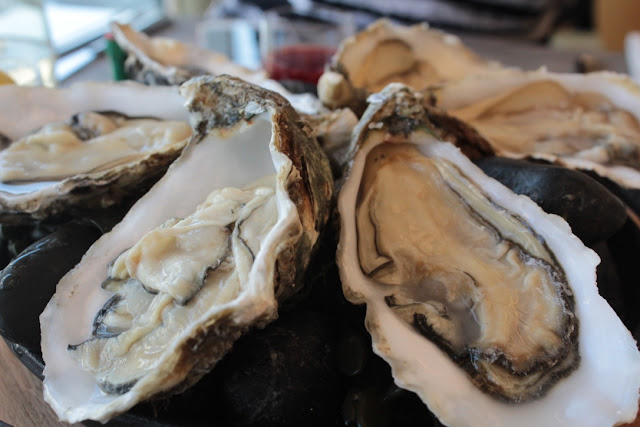 The brunch highlights the dishes that are most loved at their three restaurants - Kuzbara for all day dining, Velocity, their sports bar and of course their signature restaurant, JW Steakhouse. For me, a brunch needs to offer something different; there needs to be an element that makes me go, 'Mmm, now that is unique.

The Tsarskaya oysters are superb - large, fleshy and they could not have been better shucked. They form part of a Bloody Mary station that has become a bit of an institution in this hotel's F&B product. 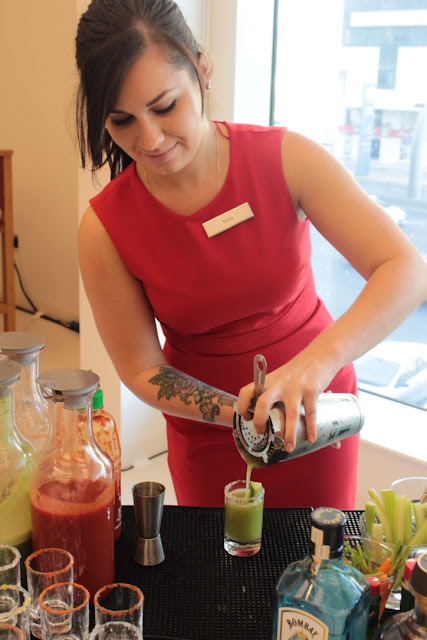 In a city where there are more Indian restaurants than other kinds, it is a given that any brunch will have Indian dishes, but what the brunch here does is offer something I have not seen before at a  brunch in the capital - a Chaat station. And unlike the usual selection of Indan curries around other brunches, you can manage the level of spice you hand handle. All in all, very clever, innovative and creative. 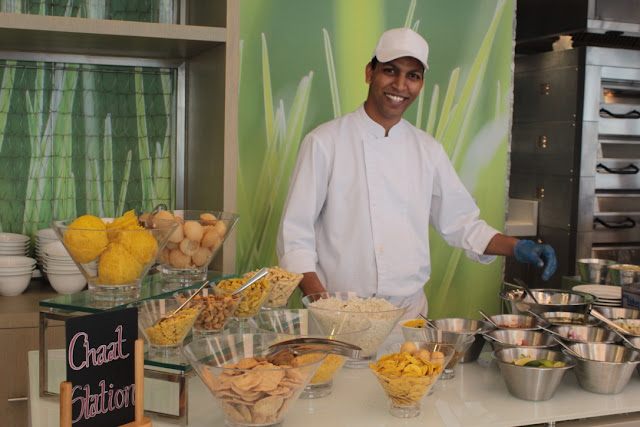 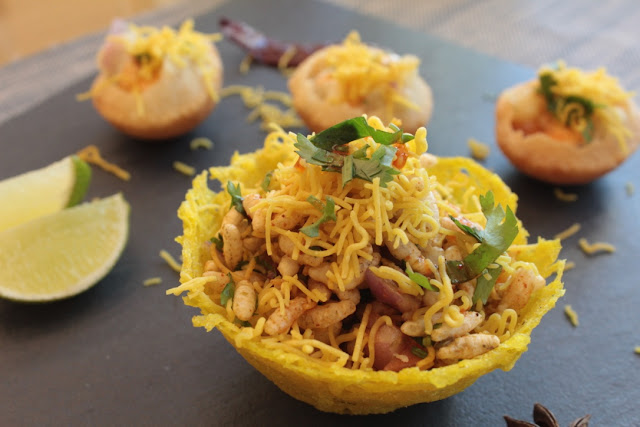 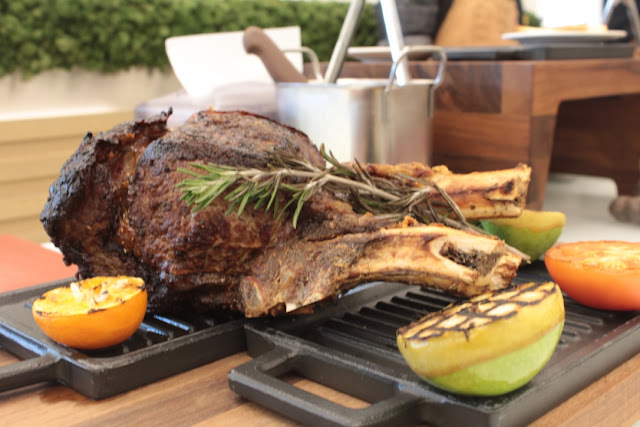 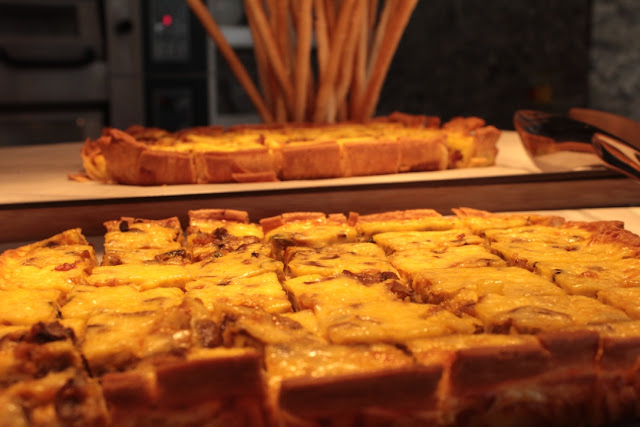 JW Steakhouse and Velocity both serve some of their signature dishes, an absolute highlight. Look no further than their Prime rib and outstanding Moroccan spiced chicken wings respectively. Chefs Stephan Benkendorff and Bouchta Lamnouar bring these two venues to the forefront and will indeed pique your interest to come back to the hotel to try them out. 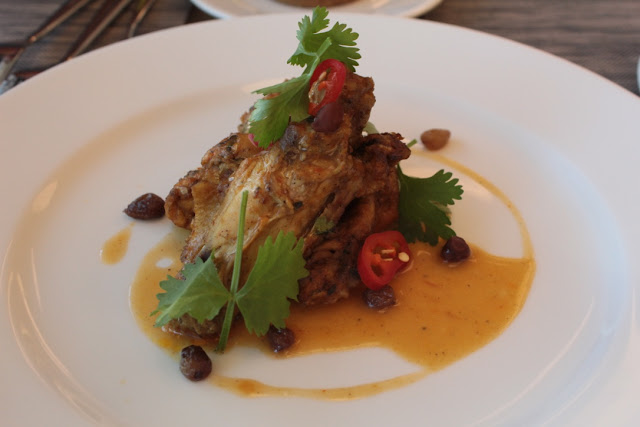 On the dessert front, there is the usual cheese station. But this is easily eclipsed by two things. First, there is a Cold Stone ice cream station that serves more than just ice cream. Second, you have to leave space for a full sized JW Steakhouse signature cheesecake. This is easily the best you are likely to have at a brunch in Abu Dhabi. 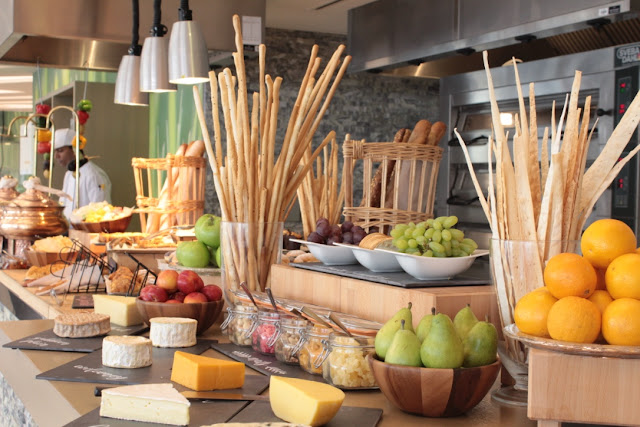 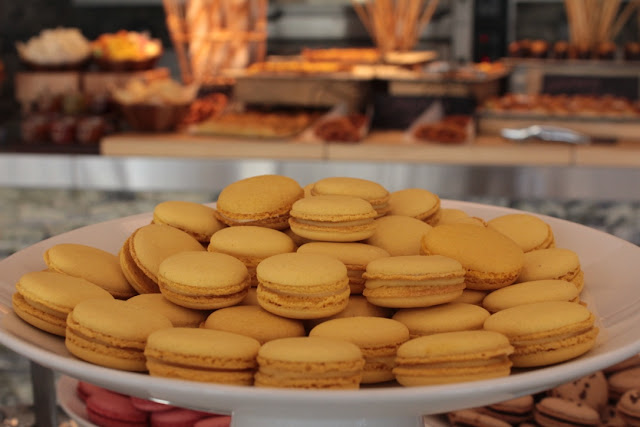 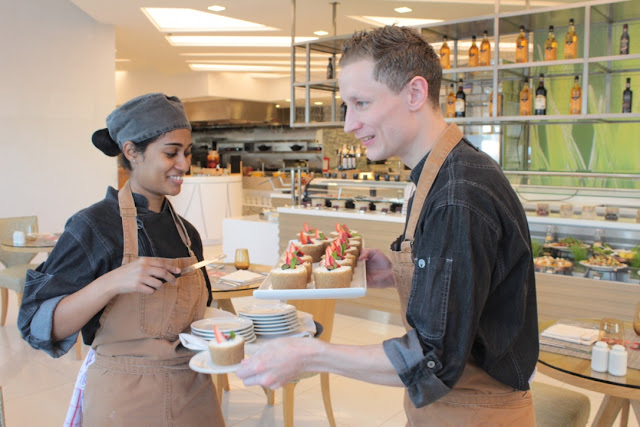 This is an important part of the brunch here at Kuzbara. Considering the physical space that the brunch is set in, it has a more than decent drinks selection and station. There is a Daiquiri station that plays around with ingredients. It is fun, quirky and one of those additions to the brunch scene in Abu Dhabi that will no doubt be copied. Next, a Bourbon station again offers guests something different. Finally, Make sure to visit the Gin and Vodka stations. If there is an area that needs to be looked a, though, it is bubbly. I don't think the Prosecco served is able to carry a top tier package. They should eitehr look at champagne or a higher end Prosecco like Nino Franco. Nonetheless, the drinks element is one of the major strengths at this brunch. 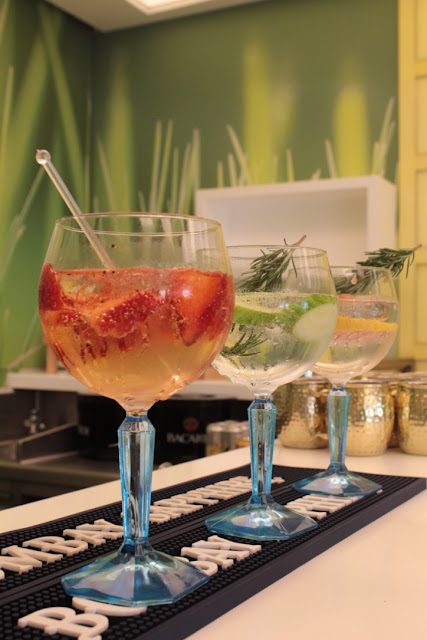 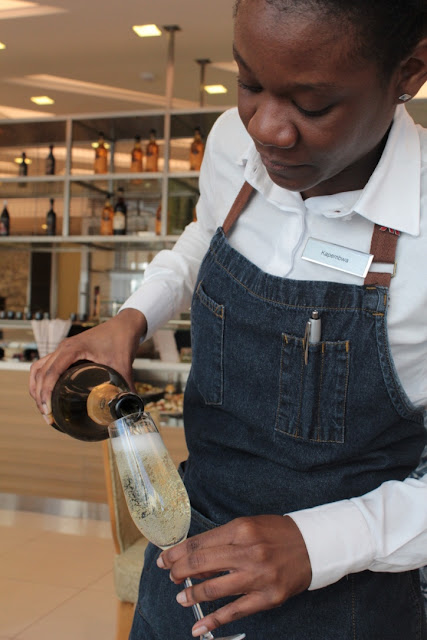 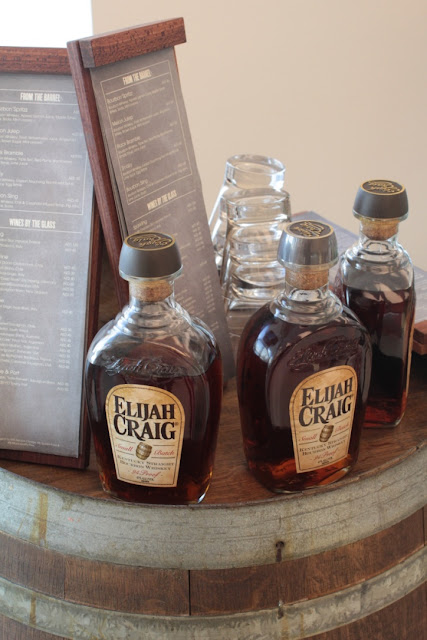 
A Winner! Fun. It is not often I use this word to describe a brunch. But I don't use it to imply it is only about fun. It showed itself to be one of a handful of brunches that looks beyond copying and pasting concepts. Yes, there are those aspects of a brunch that will generally be common in all brunches, but there have to be those elements that allow a brunch to showcase its contribution to the concept, and The Eat, Play and Laugh Friday Brunch at Kuzbara does exactly that. I had to remind myself that it was only their second brunch because it was really a strong debut. I predict only good things for them.