Thursday nights in Abu Dhabi have three distinct flavours - regular dining, evening 'brunches' and a couple offer BBQ nights. The orginal BBQ night on a Thursday is back at Eastern Mangroves Hotel & Spa by Anantara. 18 months had passed since I last tried it, so this time would give me some perspective on how it has evolved or consolidated its approach to Thursday BBQ nights. 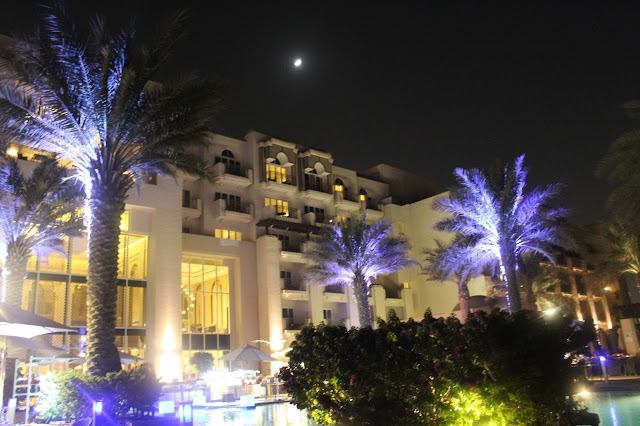 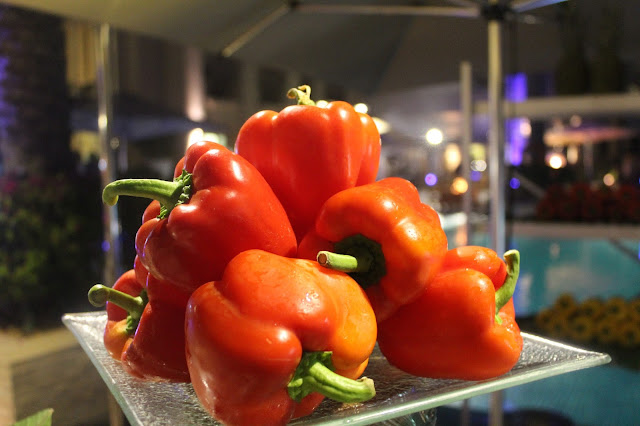 
In many ways, this is a scaled down version of their excellent Friday brunch, and true to its heritage, Asian dishes are what this is all about. This does not mean you should shy away from it because you are not in the mood for Asian cuisine. It is more than that! However, there is a Sushi and tempura station. I made two visits to the tempura station - I recommend the selection of vegetable tempura. Another favourite for me was the live fried noodle station. My dish had noodles perfectly cooked with crunchy vegetables. Finally, make sure you visit the Indian station to complete a wonderful evening of Asian dishes. 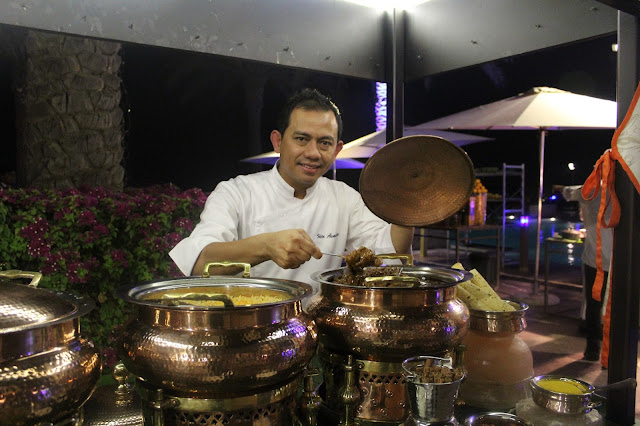 It is a BBQ after all

There are two key stations that bring home the sense that one is at a BBQ - first, a Wagyu leg that was oven cooked and then put over a flame. It really is quite impressive, and the way it has been cooked makes it possible for one to have any temperature from medium rare to medium and possibly well done. Second, the Salmon BBQ corner is quite something to observe because it is not done anywhere else in the city. The sight of the salmon against the flames is quite pretty. In addition to these, there is also a dedicated grill station with various cuts of meat, made to order. So, while the Asianness of the concept is palpable, there is an international flavour to it. 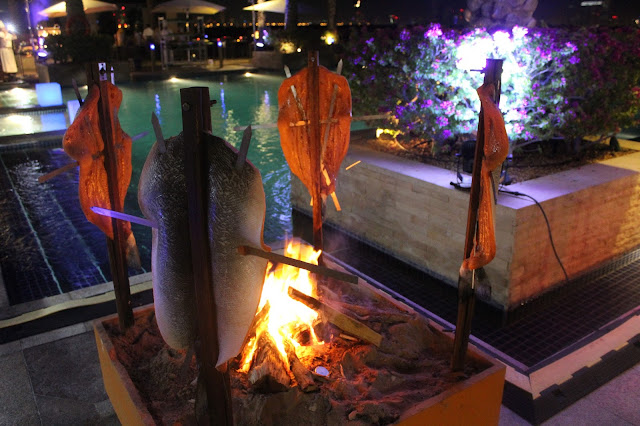 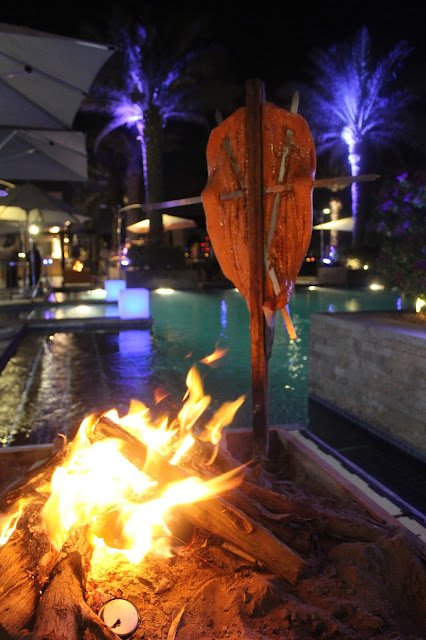 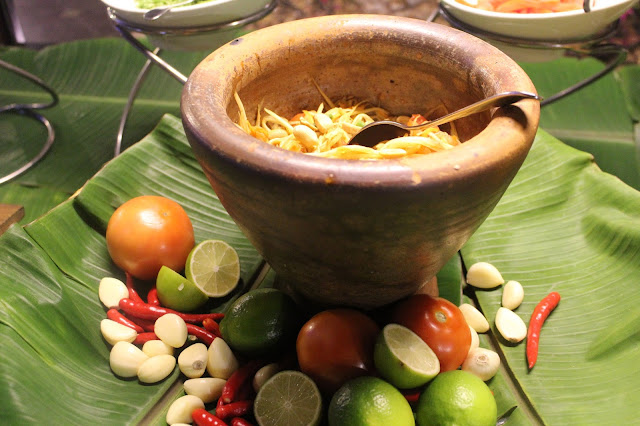 Prosecco at night, with the gorgeous swimming pool as the backdrop makes the premium package a must have. However, a choice of 4 wines and a few cocktails give guests a lot of choice. As much as I like bubbly though, I have to say the best drink on the night was a bottle of Thai beer, Singha. Having it with the fried vegetable noodles and a Som Tam or green papaya salad, sitting out on the deck, took me back to the streets of Bangkok. Happiness. 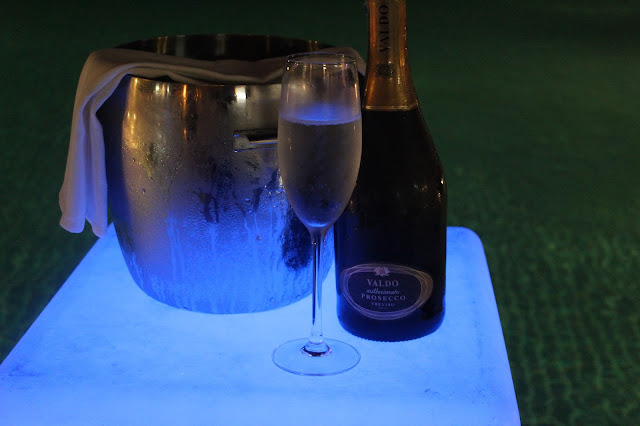 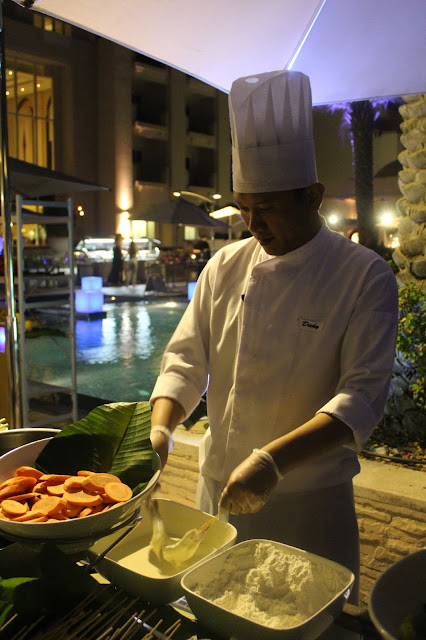 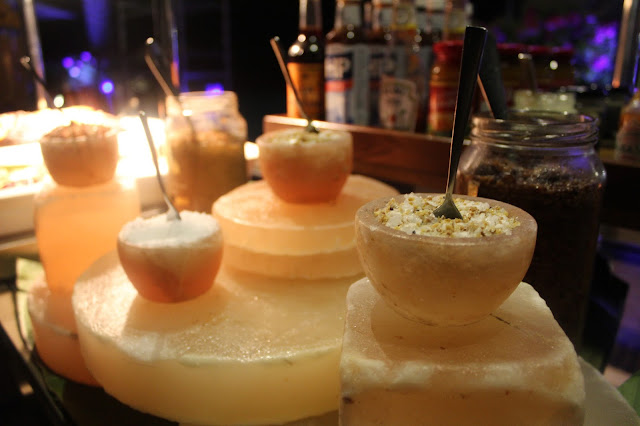 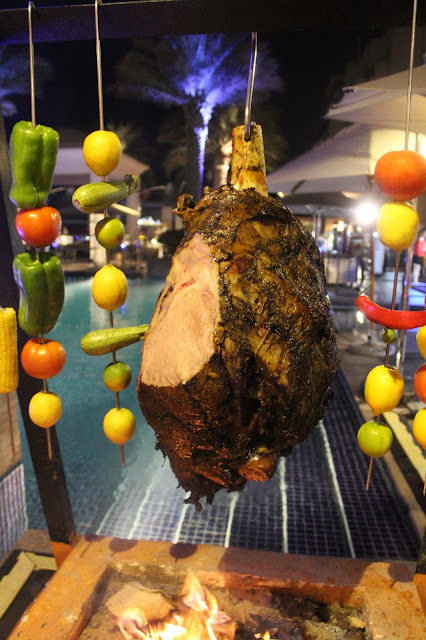 Men and women in white hats

As a sign of the importance of this evening to the hotel, Chefs are everywhere o the floor, actively engaging with guests, refreshing stations and generally ensuring that guests' needs are met. While they seem a bit short staffed with waiters and waitresses, there is absolutely no issue with the continued presence of chefs. 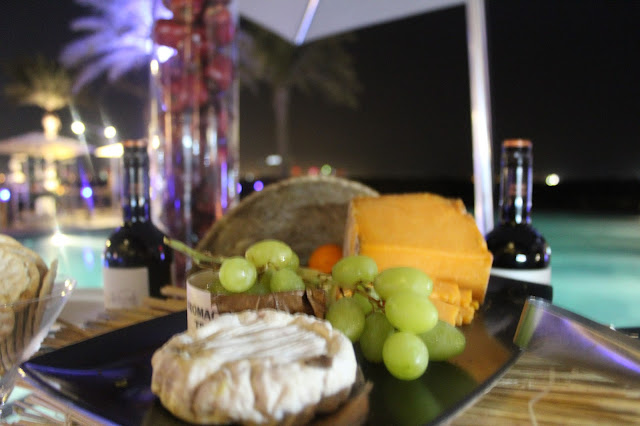 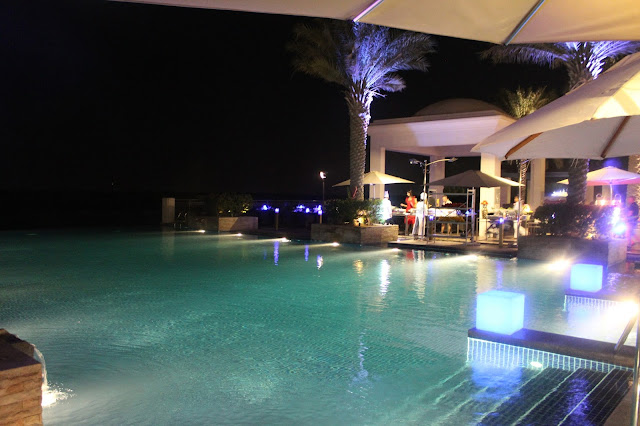 
It is really hard to fault the Thursday BBQ at Eastern Mangroves Hotel & Spa by Anantara. The setting really is quite beautiful, with the hotel as a backdrop, gorgeously lit, with the swimming pool in the foreground. There is a lot of food and if you love Asian dishes, this is the place to be. Finally, it is a very well priced evening, with the basic package starting at 199 AED++. The evening gives people who want to have an evening with free flowing drinks with their food but do not like going to Friday brunch a place to relax and enjoy themselves for 4 hours.

Disclaimer: I visited the Pool deck barbecue at Eastern Mangroves by Anantara courtesy of the hotel.Images via the hotel.