Brunch in the Clouds - still THE brunch to experience in Abu Dhabi - St Regis Abu Dhabi.

When Brunch in the Clouds launched little over a year ago,  some people dismissed it as a gimmick that would not be sustained because it was deemed expensive. Was there really a place for a brunch priced at 900AED net was the question. But I felt differently. ( Brunch in the clouds 2016) St Regis Abu Dhabi does not start a concept like this without putting serious thought into it. When it won the Best Brunch in Abu Dhabi award from Fact Magazine, incidentally, reflecting mirroring my call when I judged it the best brunch in 2016, naysayers really started to take note. Needless to say, going back a year later was all about perspective for me - have they taken the brunch higher, pun intended, or have they simply rested knowing they have created a niche here and people would come regardless? 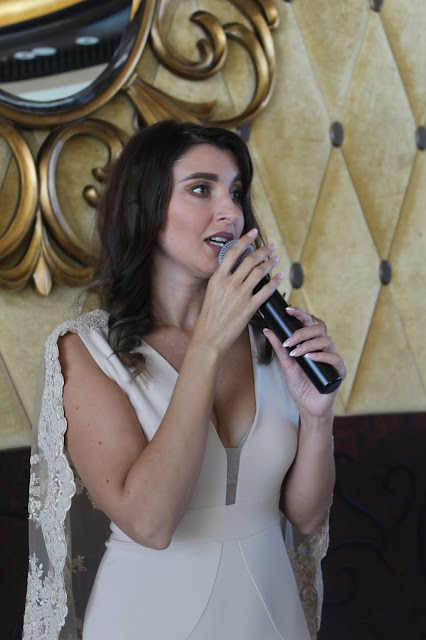 The best of both worlds

Table brunches are the concept that many seasoned brunchers (a 'bruncher', my fun word, is a person who goes to brunches) want nowadays, but there is also another type of bruncher who wants the best of both worlds. Buffets have been given a bad reputation by hotels who indiscriminately put food out that is not a la carte worthy, thinking that more is more. The ensuing wastage is something that more and more people are wary of. Brunch in the Clouds, more than any other brunch in the city, has created a fine balance between a buffet and a sit down experience.

An impressive  Seafood room, the only in the city, with servings of Canadian lobster, three types of oysters, including locally farmed oysters from Fujairah, more 16 types of sushi and many other typical seafood offerings, a Dessert room with an incredible selection of digestifs and port, a Cocktail room and the best cold starter offerings in the city make up the visual part of brunch - the buffet. Oh, let us not forget the Caviar station, though they need to work on the plating - one of few areas with which I had an issue. 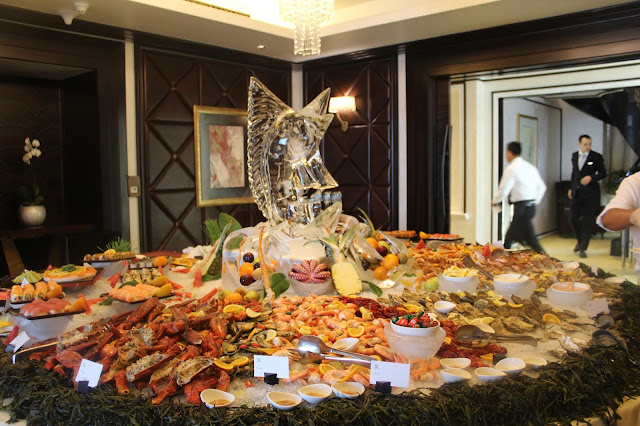 The set menu that greets me at the table could be a brunch event on its own. Plated servings of Pan seared Hervey bay scallops, Herb coated lamb loin, Pan seared seabass and Lobster thermidor are just some of the dishes served at your table, while the classic Villa Toscana Risotto is also a dish brought as a pass around. It really offers the best of both worlds, if you will. Through all of this, the word 'Luxury' is never far from my mind. 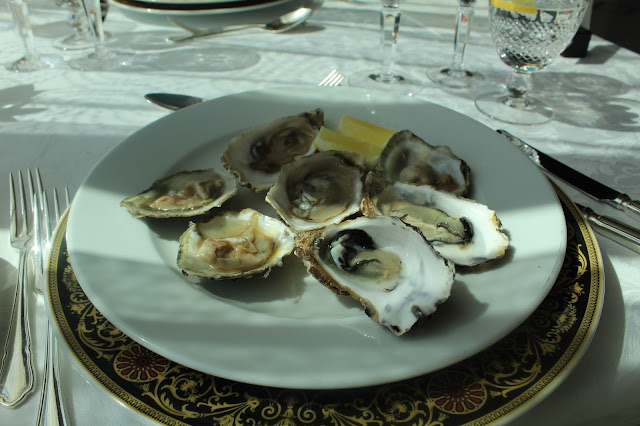 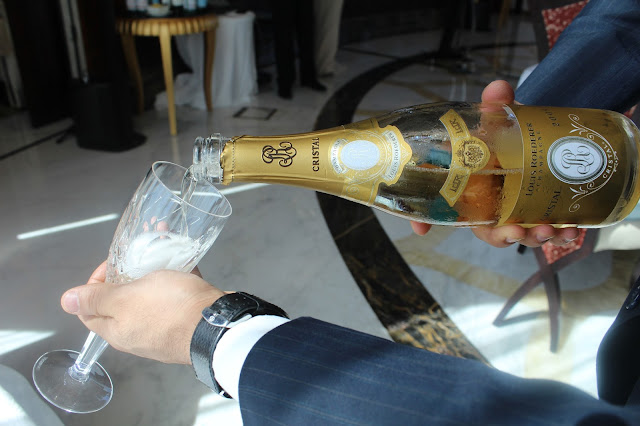 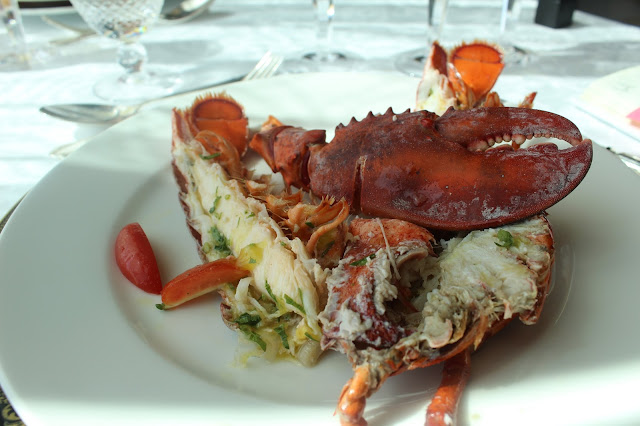 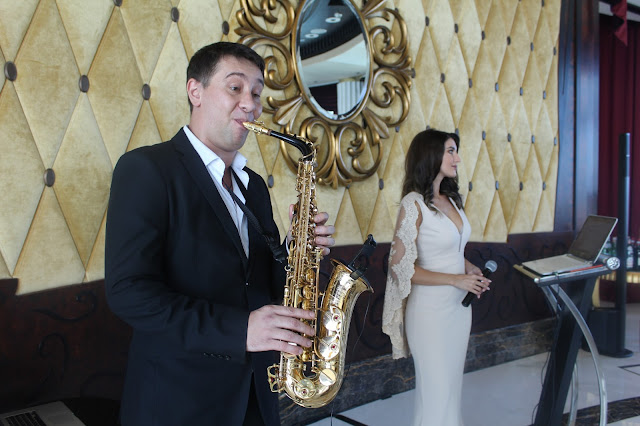 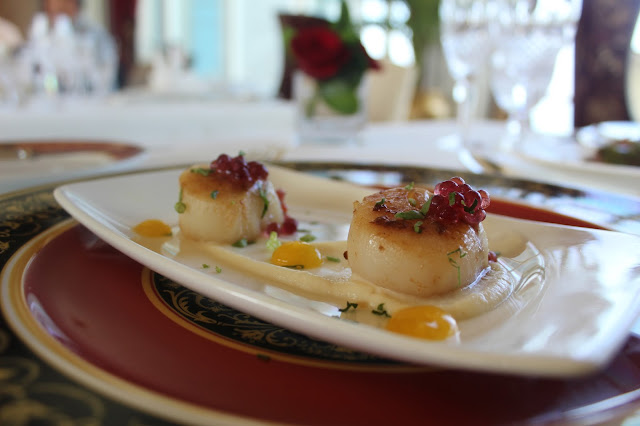 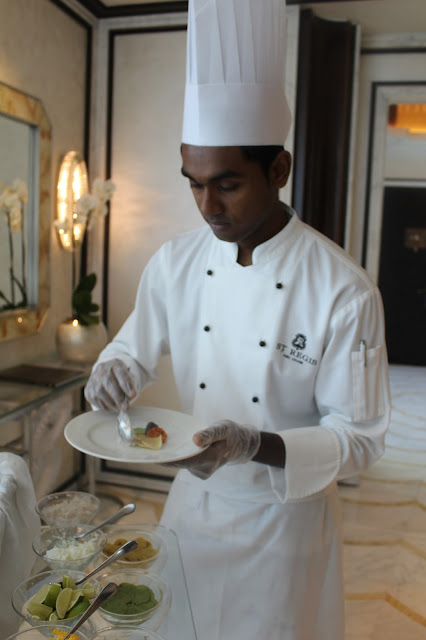 The Best Drinks selection in the city

Last year, Brunch in the Clouds competed with two other brunches for the best drinks selection in Abu Dhabi. It is no longer a contest. Now, I need to qualify this. Yes, this was a special brunch in that it offered every couple, this month,  a bottle of Louis Roederer Cristal 2009, a champagne with a reputation that precedes it. Magical. But that is not why I was excited about the drinks offering. Firstly, it replaced its champagne from last year with the Louis Roederer NV, a high quality bubbly that brings more complexity to the palate. More than the champagne though, there is basically a Cocktail Room, not so named, but with all the drinks on offer there, I am christening it thus. All in all, there were 13 cocktails. Yes, 13. Now, how can that be unlucky? Furthermore, two reds, two whites and a rosé completed the dining drinks, but there was also a marvelous selection of dessert and digestive options in the Dessert room -  again my christening! 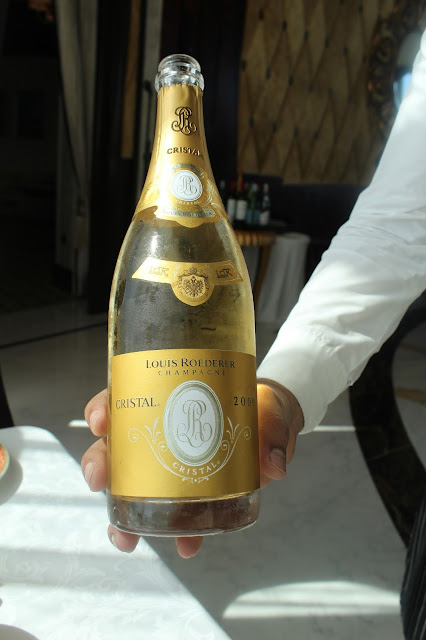 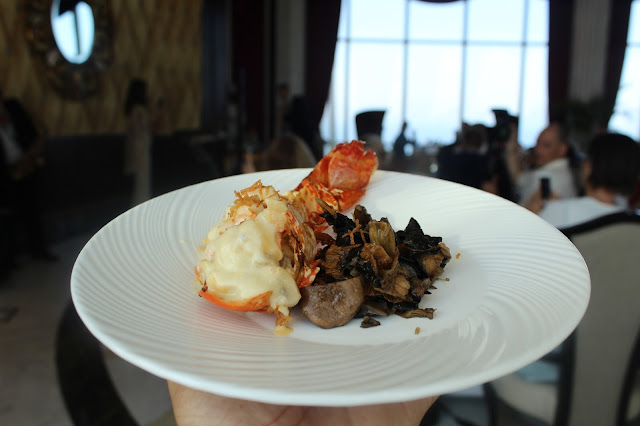 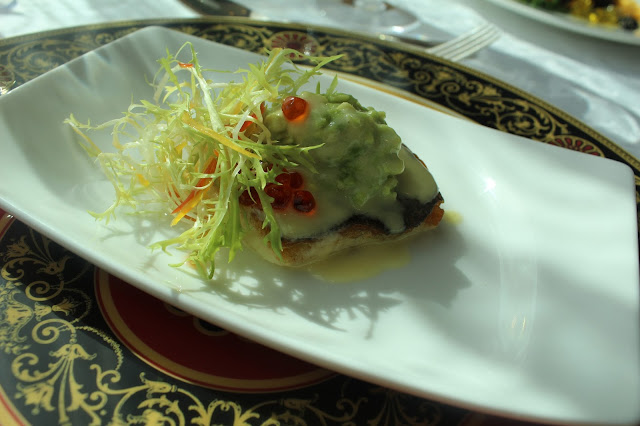 Notwithstanding the 900 AED net price, I believe the value added experience is unparalleled. On arrival, a private elevator takes you to the 48th floor where you and 49 guests experience a 5 hour brunch. A very classy duo entertain , providing some light jazz. The duo get the whole idea of luxury and are a fitting fixture at the brunch. Then, of course, there is the option of a head and shoulder massage provided by in-house Remede Spa staff and manicures done by Sisters, an independent salon in the hotel. Also, as a five hour brunch, 900AED compares favourably with 620AED for a 3 1/2 hour brunch at another hotel. Finally, a very high staff to guest ratio is that often intangible element at a  brunch that actually matters a lot. 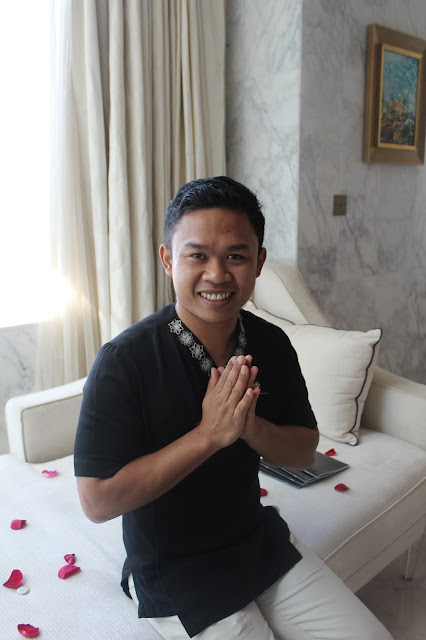 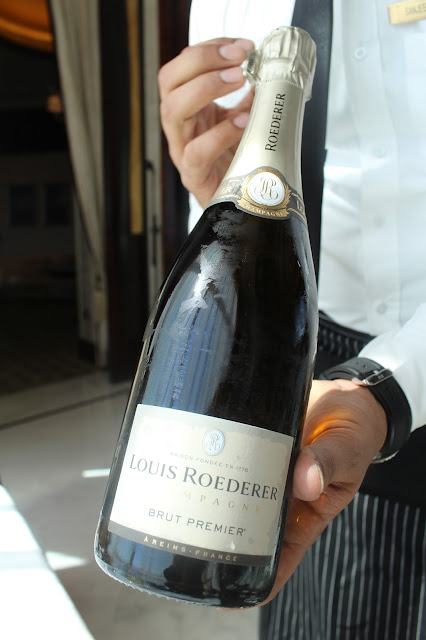 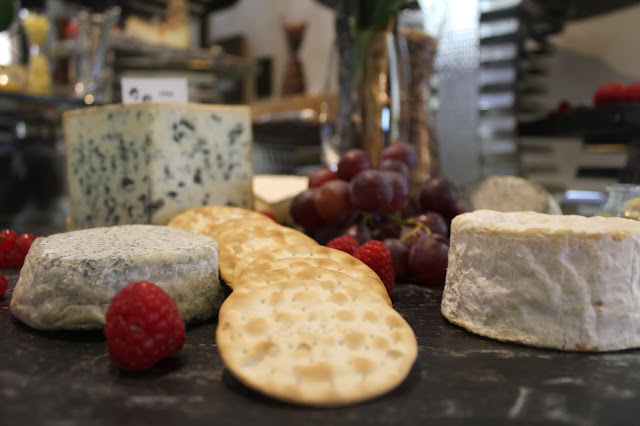 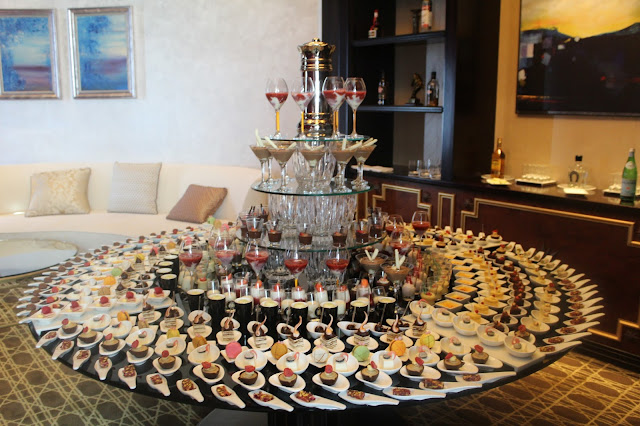 As part of the St Regis brunch experience, we were treated to a  champagne sabering or sabrage, an exhilarating tradition started by Napoleon in which he opened a bottle of champagne using a  sword. To have this done with the Cristal was something beyond special. 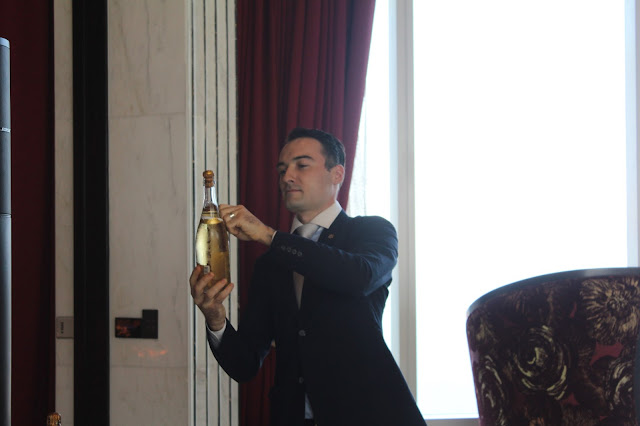 Another winner, and true to its core philosophy - give the guest a bespoke experience as he/she has never had in Abu Dhabi. A brunch that I endorsed  and embraced unequivocally in 2016 has got stronger. Yes, little things like finger bowls and crab and oyster forks are still missing, but when a brunch offers as much as this does, you almost overlook them. A well thought out table set menu accompanied by a tasteful buffet spread, impressive drinks selection and value added luxe experiences make the Brunch in the Clouds a unique brunch in Abu Dhabi, and one that when you look back at your time in the city, you are unlikely to forget.
The Essentials

Disclaimer: I am currently working on a review of the top brunches in Abu Dhabi. As with other brunches,  I visited St Regis Abu Dhabi as a guest of the hotel.