I sometimes wish more people would understand a concept at a  brunch more than the brunch itself. I also think that people fail to appreciate how much thought goes into a  concept, especially when it is something left of centre. It is so easy to throw in every typical dish that your average Abu Dhabi bruncher wants and then call it an international brunch. Now, in Aqua, Rosewood Hotel already has an exceptional brunch which I would call European, also unique in the city.

They recently added another Friday brunch, a Lebanese brunch at Sambusek, one of the top Lebanese venues in the city. It is a risk  because it is such a specialist approach to a brunch. There is nothing international about it. No foie gras. No burrata. No sushi. No scallops nor oysters. I had my doubts in the weeks running up to trying it. In the end, though,  how does it do as a brunch? 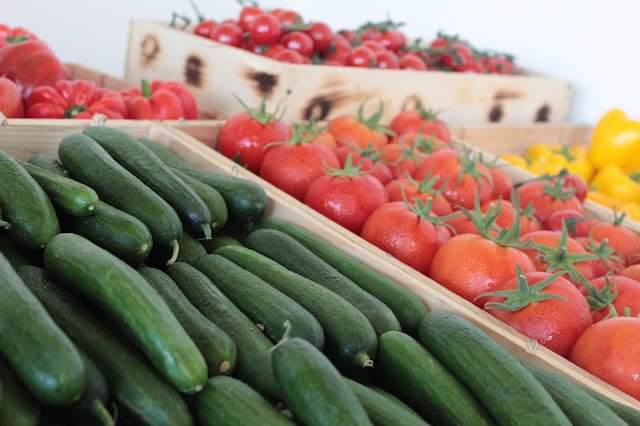 1. A proven brand
Rosewood Hotel has developed  a reputation for being a  hotel that is in Abu Dhabi but not of Abu Dhabi. They do everything in a way that stands out from most hotels, be this in their F&B options or the way they treat staff. So, when they do something, everyone should stop what they are doing and take note. Hence, when they launched the Sambusek brunch, I knew it had to be special. This is the power of a brand. There is an expectation of something with a wow factor. 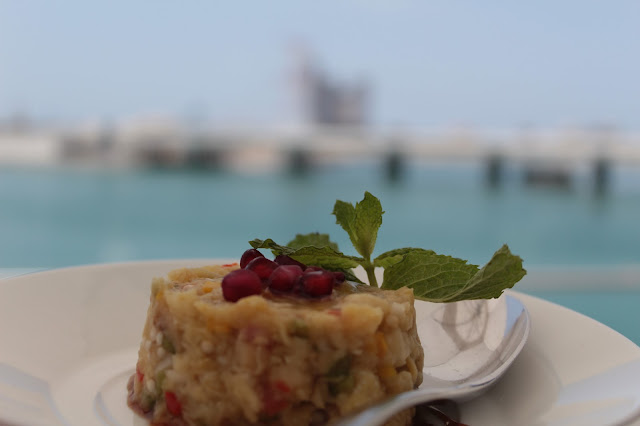 2. We are in the Middle East

How many brunches have you been to where you actually felt you were in the Middle East? This is the first success of the brunch here. Guest after guest is either a Middle eastern expat or a local. In three brief conversations, I met a  couple from Saudi Arabi, Lebanon and the UAE. This was the first brunch I have been to in Abu Dhabi where there was a a mere sprinkling of Western expats. I think this is significant because it shows respect to the geographical location we are in. Not everything is about dirhams and fils. Finally, there is a brunch that speaks to people from the region. 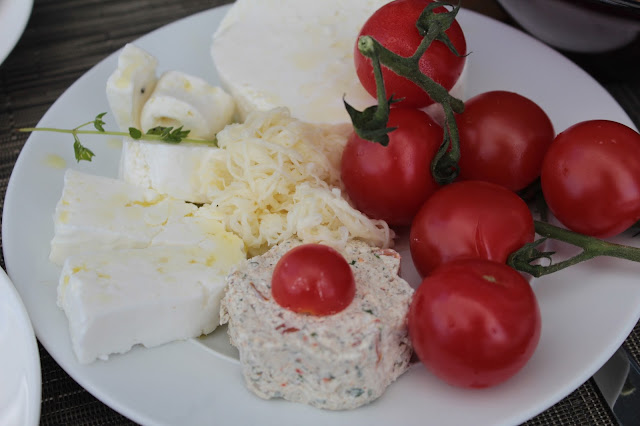 Chef de Cuisine Emad Zalloum has come up with a special brunch. This sit-down brunch has everything you would want at a brunch that serves Lebanese dishes. There is no menu here. The idea makes sense - a menu takes away the homeliness, the natural feel of an afternoon.

Brunch starts with a selection of cold mezze. You can expect the usual offerings, but there a couple of dishes which really make an impression. The Fatoush wows with its balance of mild sweetness courtesy of the cherry tomatoes, sourness and saltiness. Then there is the Baba ganoush that is so decadently smoky I am tempted to have a second helping. Over and above the flavours, the size of the portions are spot on. 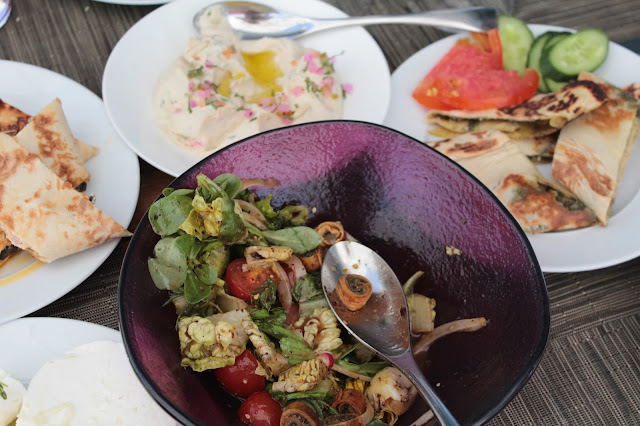 A selection of Lebanese cheeses are also presented, more as  a treat, and I end up thinking they should be served as standard. They serve  a  palate cleansing function because they are so lightly flavoured, and indeed it also serves an aesthetic one. See the pic below and you will understand. 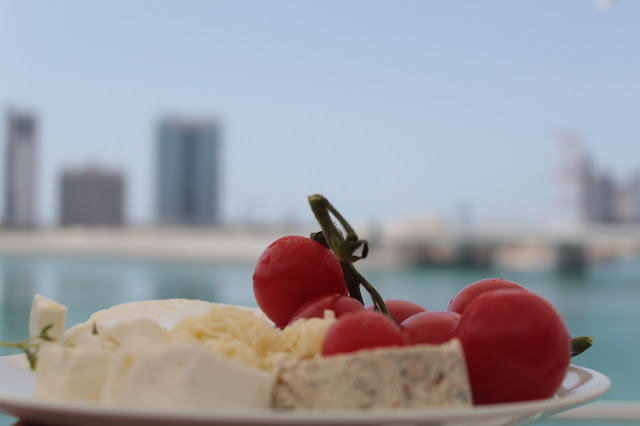 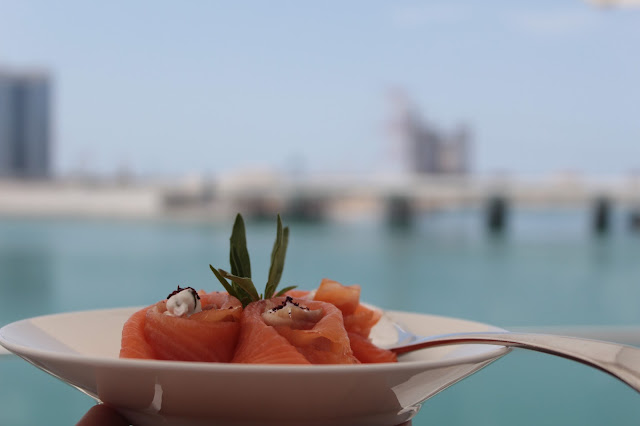 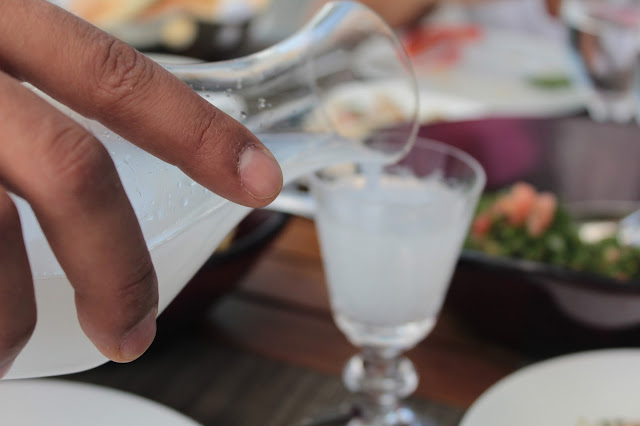 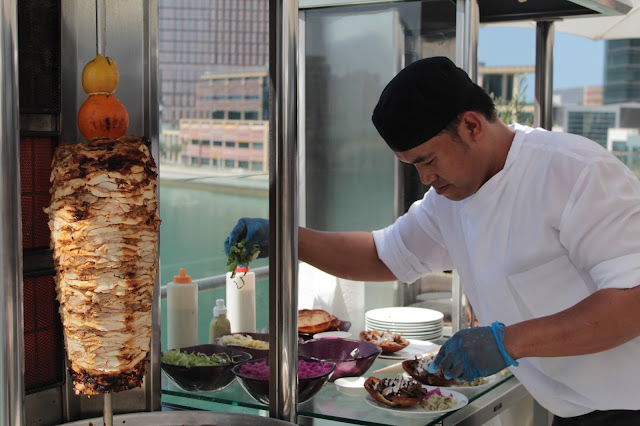 It was a hot day, but there was also uncertainty about the weather after it rained in the morning. The result is a brunch where the usual outside live stations were moved indoors. I was glad, because as Summer approaches, this is the brunch people will experience. The only station outside is the shwarma station. Or should I say, Deconstructed shwarma station? You will often hear people say that a shwarma is a shwarma and that there is nothing you can do with it to make it creative. However, Chef Emad creates what I call a  Deconstructed shwarma, with the highlight being crispy Arabic bread in the shape of a bowl. I hope Chef forgives me for calling it thus! This turns out to be my daughter's favourite dish. It is fun and tasty. 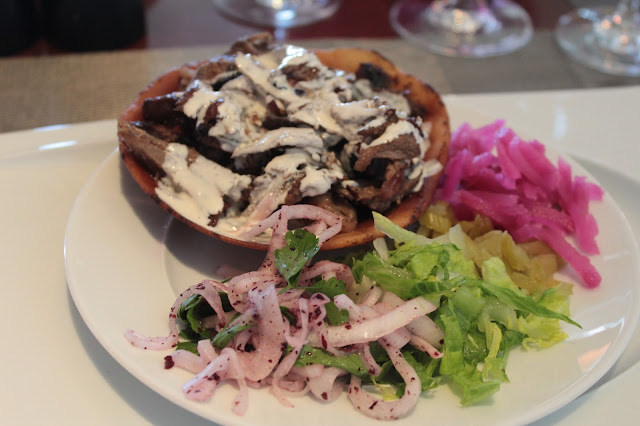 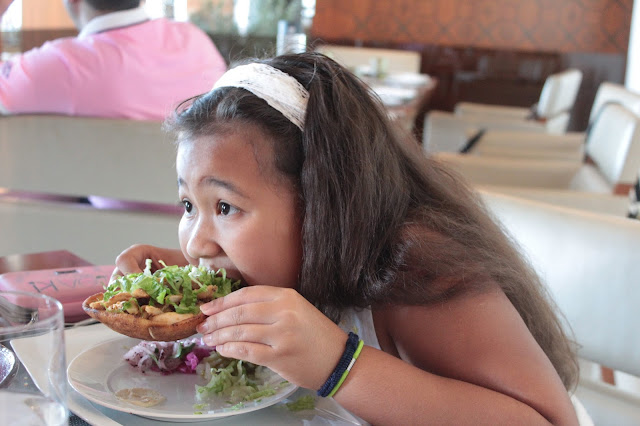 For the full Lebanese experience I opt for a drinks option and have some Arak, a drink that is naturally clear but when water and ice are added, takes on a  cloudy opaque colour. It makes for a conversation piece as I watch the transformation. Highly recommended with your cold mezze! Also, I have a glass of 35° South, a Chilean Sauvignon Blanc. It is not a bad wine considering the price, and I actually enjoy it but I was expecting a Lebanese option. Finally, Villa Sandi Prosecco is also served as part of this package. Prosecco rather than champagne is my preferred pairing with Lebanese food, incidentally 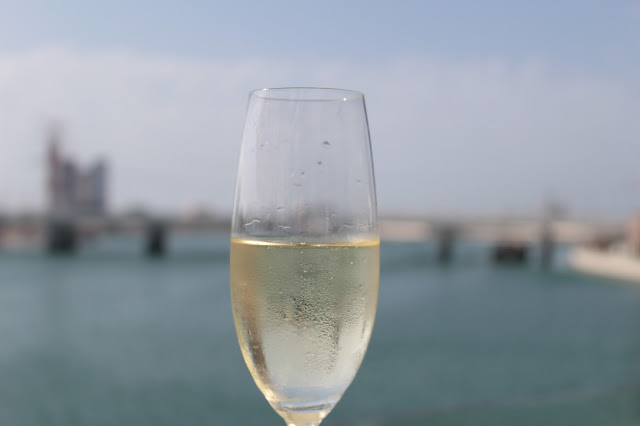 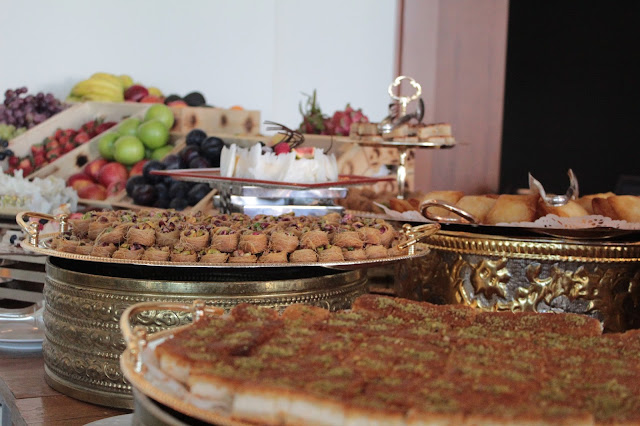 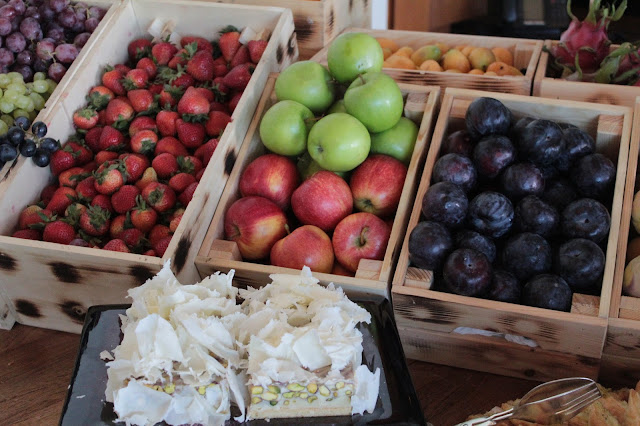 The Sambusek Market brunch concept represents quite a bold move, but it pays off. It is a sensible step and one that will fill seats most weeks. It was interesting that I noticed most diners on the soft drinks package. It asks interesting questions regarding the brunch culture that has been created in the city, and the many potential brunchers who stay away because of that. It is an untapped market if you will.

The food was superb, and while the restaurant seemed  a bit short staffed, they managed the afternoon quite well. I enjoyed seeing chefs taking dishes to tables because it remains the most natural way for chefs to interact with guests. There are not many successful brunches in the city with a specialist concept. This is one that succeeds!

Disclaimer: I was invited to try the Sambusek Market Brunch courtesy of the hotel