It is hard to believe that this Jean-Georges inspired restaurant has been around for a year. Over the last year, I have written about this restaurant on three occasions, so when I attended there 1st anniversary celebratory dinner featuring a set menu of their 'greatest hits', I felt a sense of nostalgia and connection.

Enjoy this pictorial celebration with me as I look at one of my top 10 restaurants in Abu Dhabi. 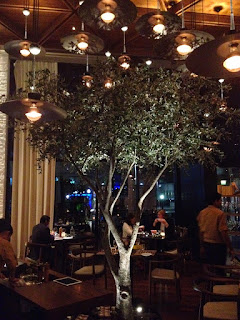 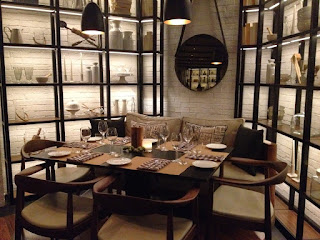 I love the homely but stylish feel of the restaurant. Earthy tones create a relaxed feel, while wooden floors add to the sense of earthy simplicity.


The fried sushi bowled me over when first I tried it. The chipotle sauce comes as a wonderful surprise. I also had the pleasure of having this when we joined Chef Jordan on his weekly Market to Kitchen trip to Mena fish and vegetable market. He selected a yellow fin tuna. 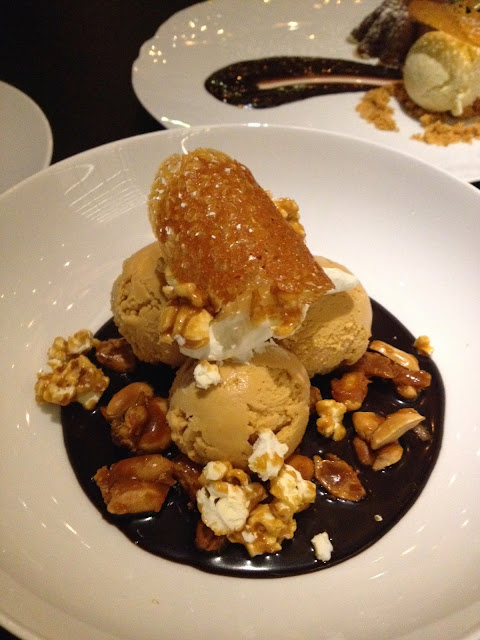 The Salted caramel ice cream has been my favourite dessert. It is more than the contrast of sweet and salty. The textures take it to another level. As for the caramelised popcorn, the connection to happy times and childhood is a recurring theme inspired by executive chef Justin Galea. 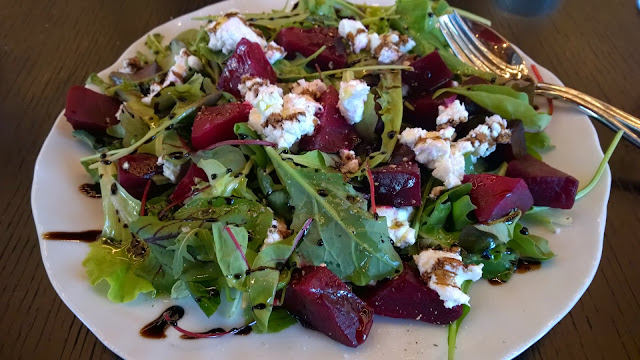 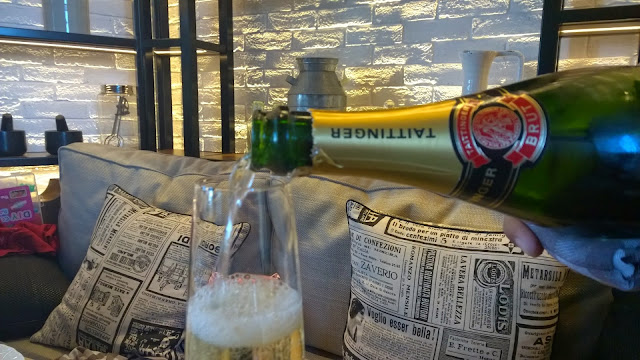 This was part of a  significant moment for Market Kitchen when they collaborated with Peter Lloyd from London's Spice Market. It showed me that the restaurant was willing to be bold and bring something very different to its guests. The celebration of south east Asian spices on the menu caught people by surprise, but for me it paved the way for future creativity with its menu. The real success for me was that  felt I was still dining at Market Kitchen.


If Spice Market meeting Market Kitchen was significant, then celebrity TV Chef Suzanne Husseini creating a brunch along with Chef Jordan in the Market Kitchen framework  was even more so. Her larger than life but down to earth personality as she visited guests and engaged with them was proof again to me that ingredients were important, but human engagement eclipsed that. But from the restaurant's point of view, it could not have been bigger success. Once again, as was the case with the collaboration with Spice Market, the soul of Market Kitchen was very much in that menu. The sharing concept did not have to be tweaked and the actual menu with  two sets of starters, the main dishes and desserts were in play again. 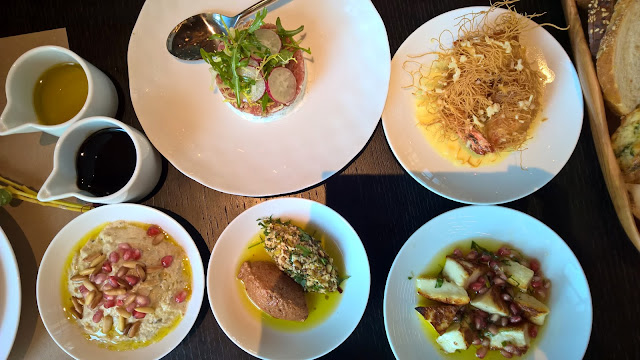 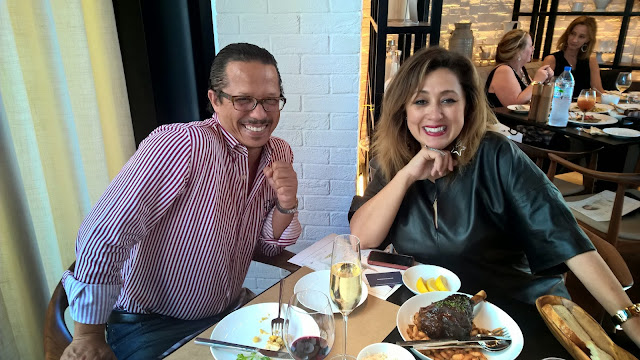 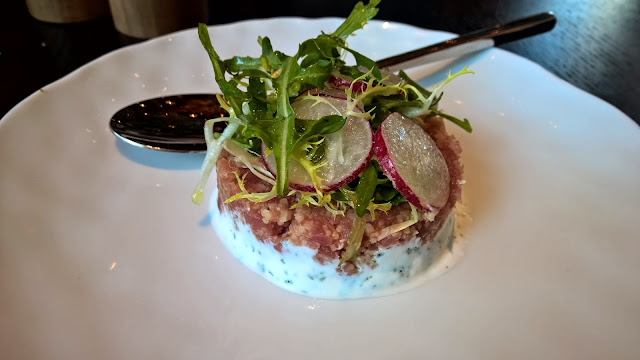 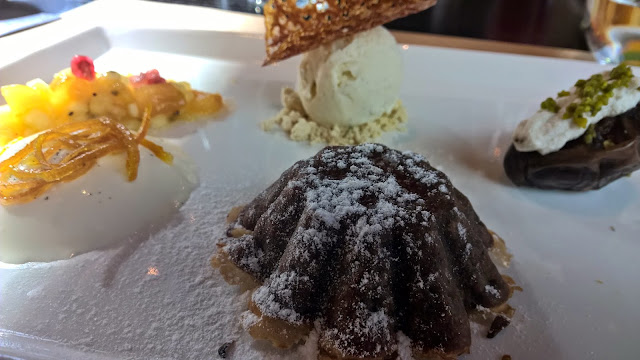 My daughter, usually squeamish (just like her father) when it comes to creatures that move, came away as the big winner when we went to Mena with Chef Jordan. I could not believe it when I saw her hold the giant prawn pictured here. Educate children today and tomorrow they will be good eaters, eschewing junk food - Spending time with Chefs Justin and Jordan the past year showed me that a chef who cooks without a philosophy that underpins everything is simply putting food on a  plate - nothing else. Here you can expect more than just a dish. 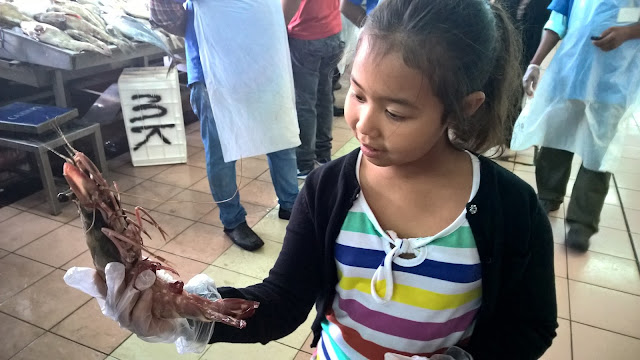 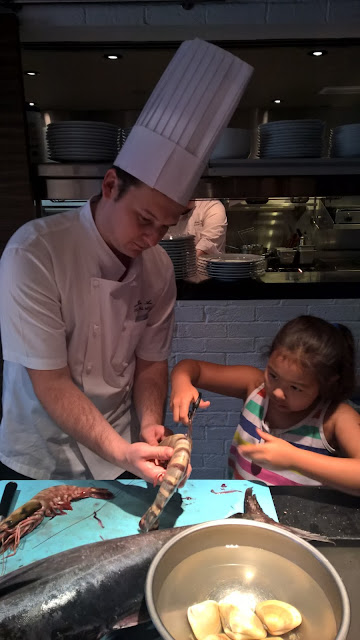 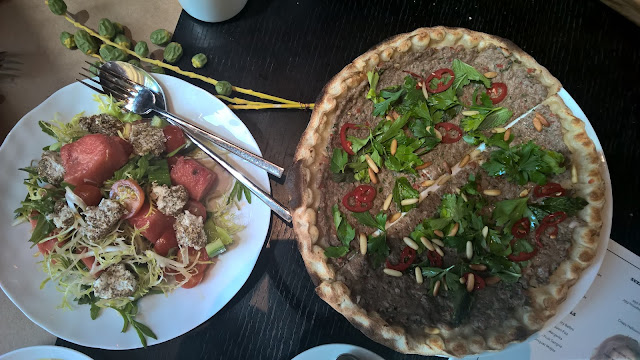 Market Kitchen has had a memorable year. Abu Dhabi is quite a conservative culinary destination where anything different or unprecedented faces immense challenges. Market Kitchen is nothing else in the city. It has had challenges though. It is not a restaurant with a clear and obvious cuisine type like Japanese or Italian, and I think people want to be able to answer the question, 'What type of cuisine do they serve?' with more than a 'uhm, well...'. Guests have now come to understand the concept, making for an even stronger second year ahead.

In this city we need restaurants that go beyond the obvious - places like Market Kitchen. Happy anniversary.