Japanese - Sho Cho just So So.

In preparation for upcoming trips to Japan where we will supervise students, I thought it would be a good idea for my colleague to experience Japanese food. We were joined by another colleague who hails from Japan.

An obvious place would have been Toki at The Hilton which is a firm favourite with Japanese expats. Another choice, but beyond my budget, would have been Tori No Su at Etihad Towers. In choosing Sho Cho, I thought the relaxed setting at The Souk at Qaryat Al Beri would be interesting in itself. Besides, I had some vouchers from The Entertainer which would make it easier on the wallet for all of us. For the record, The Souk is not part of Shangri-la. I often hear people saying they had dinner at the Japanese restaurant at Shangri-La. 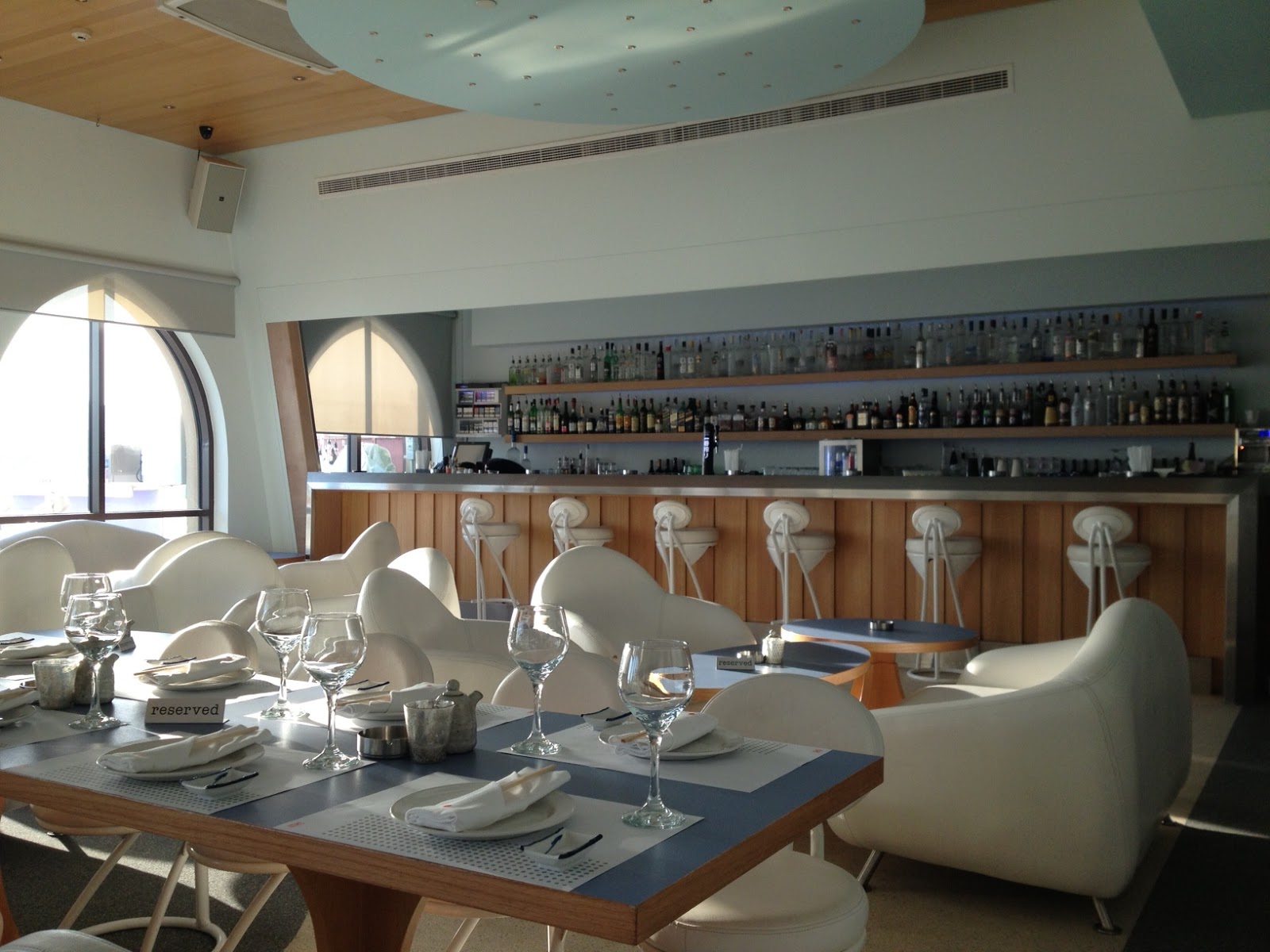 We arrived at 6 and were the only people in the restaurant. The floor to ceiling windows afforded us of a nice view of the canal. The use of white decor was clever as it  to gave one a  sense of openness and space. The hip and cool music had me wondering if I was too old for the place!

We ordered the beef teriyaki, beef tataki (uncooked beef), tempura and the salmon with yellow chili sauce. We tried the latter because we were curious, but my instinct told me it was not a Japanese dish. In addition, we ordered some sashimi and sushi. 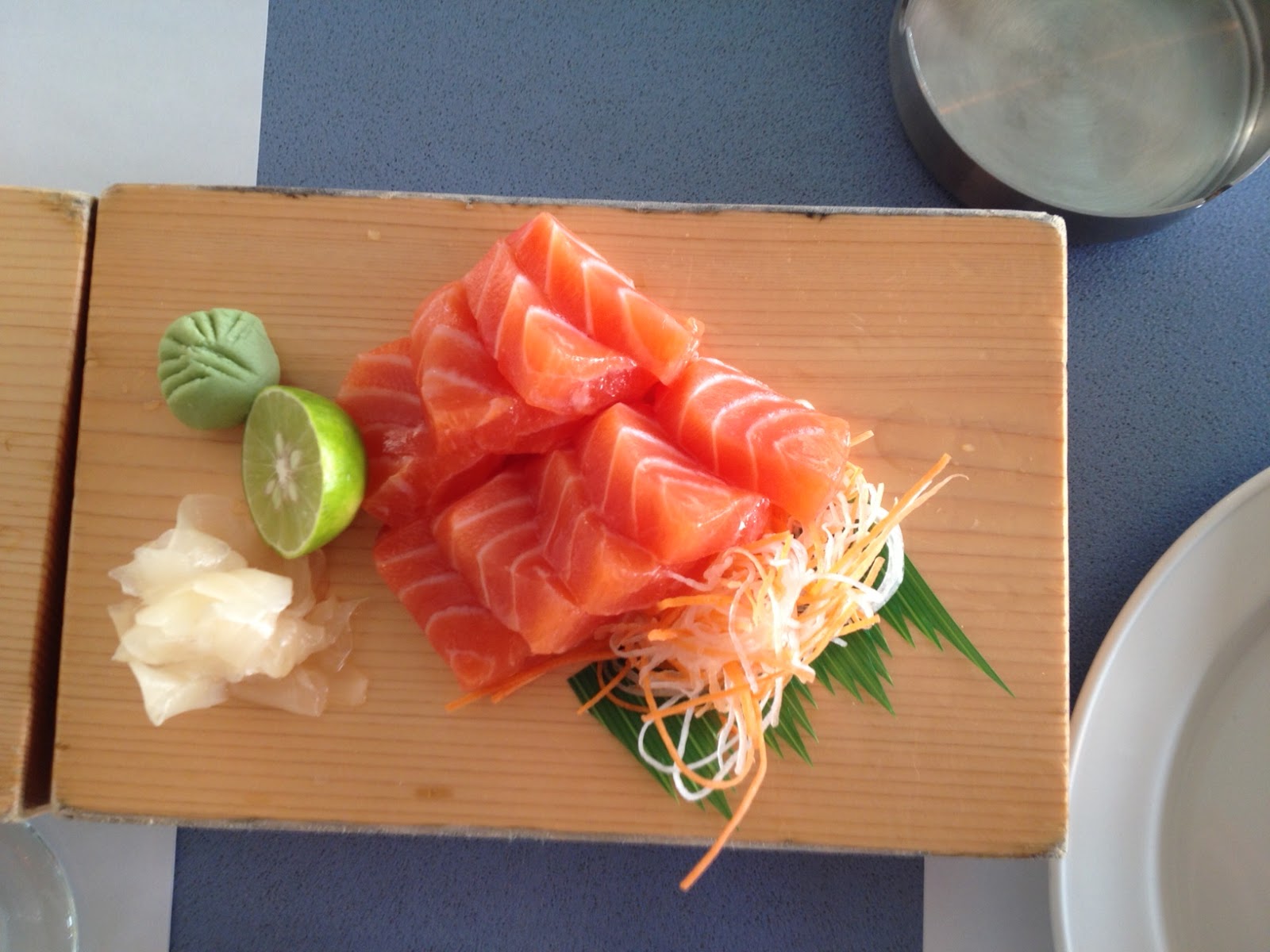 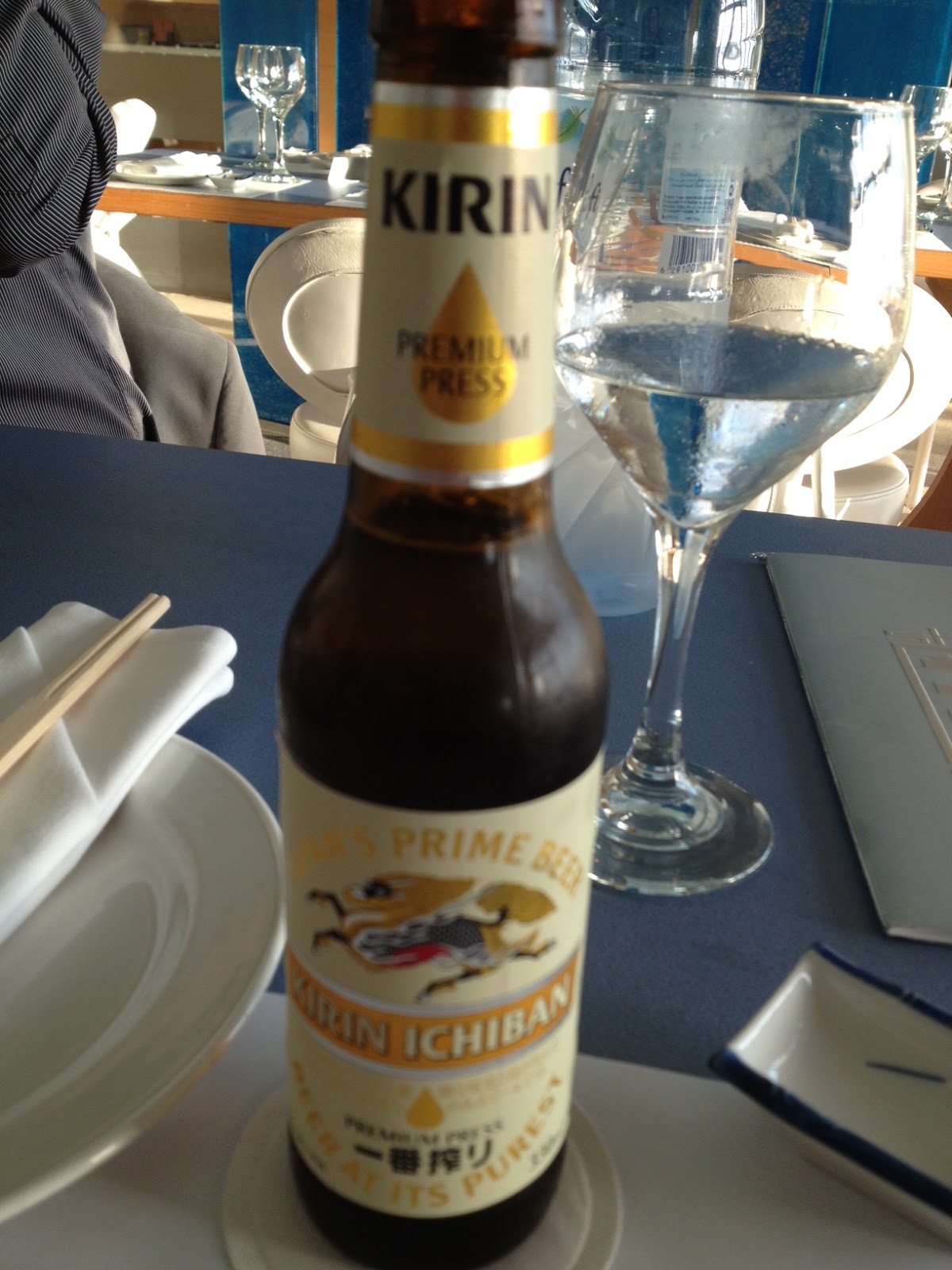 We planned on having sake, but when we saw that the cheapest sake on the menu was also the worst, we figured that spending over Dhs250 on a bottle of sake was not a good idea, so we went with Kirin, very full bodied Japanese beer.  (At Toki, by the way, you can sample three types of sake for Dhs60).

As the evening wore on, it started to feel less and less like a Japanese restaurant. This was not helped by the decorative mask on the wall which was more Indian than anything else. The arrival of the salmon in chili dish confirmed this. It is a dish that would have been more at home in a South East Asian restaurant. 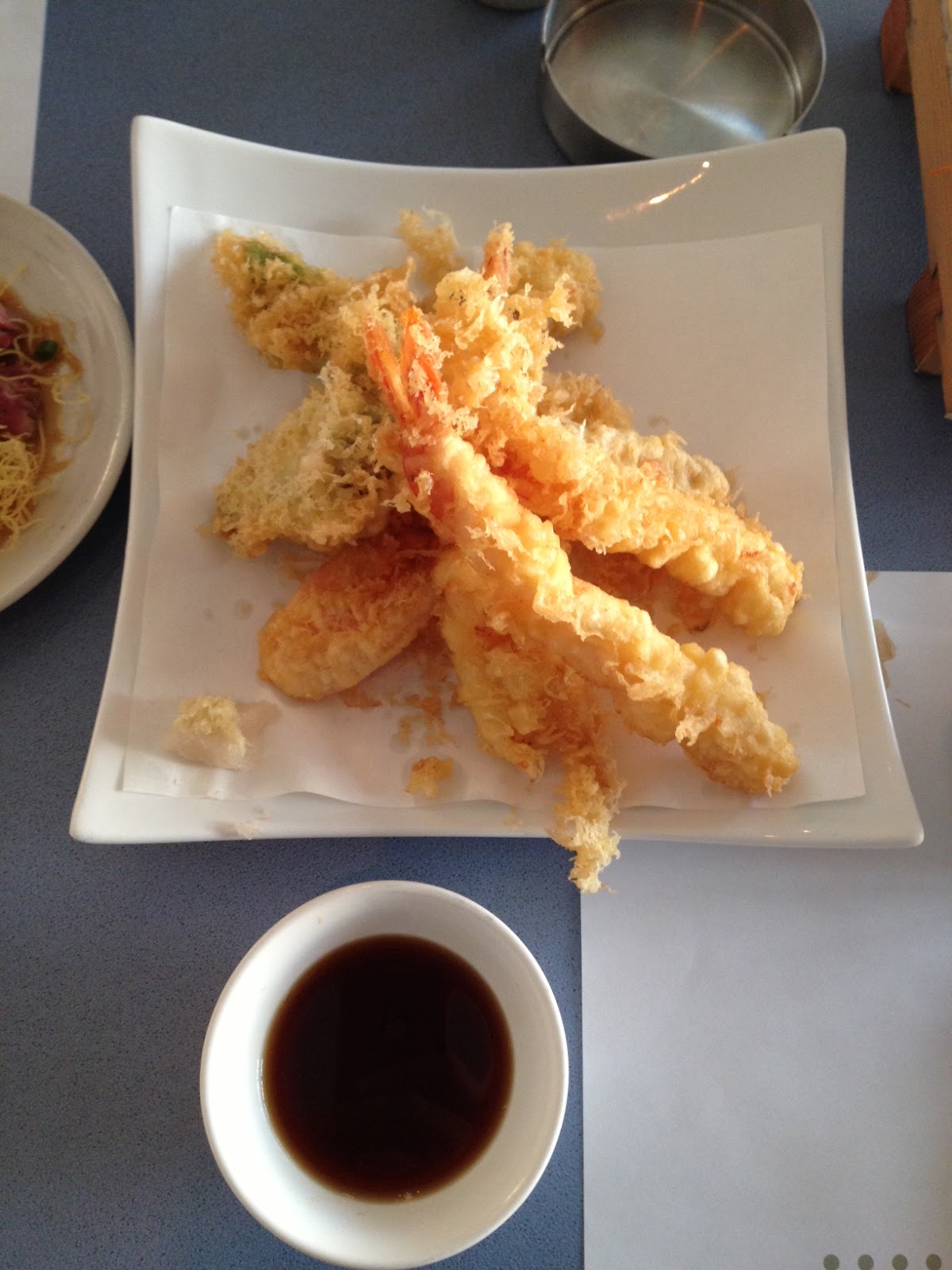 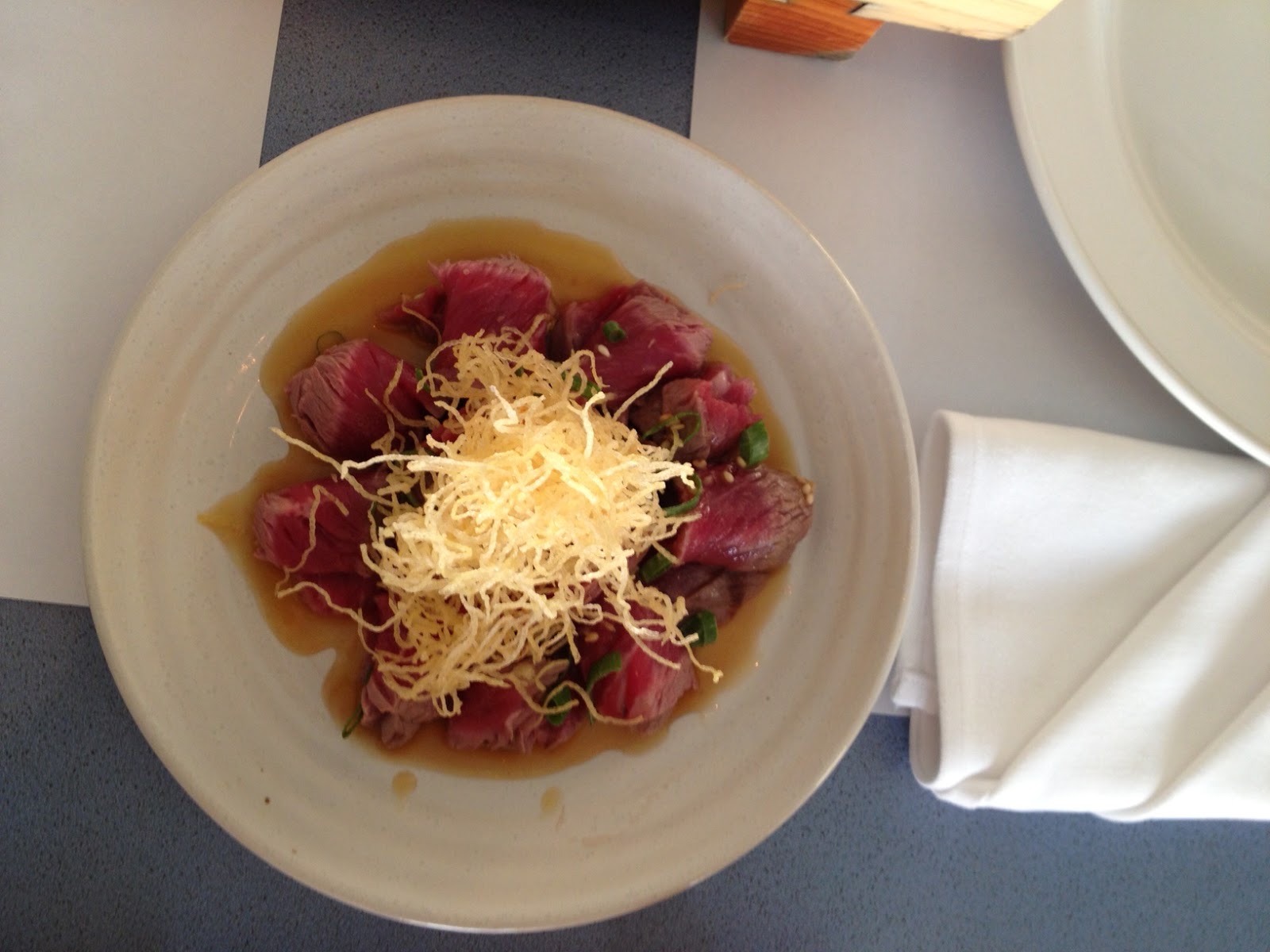 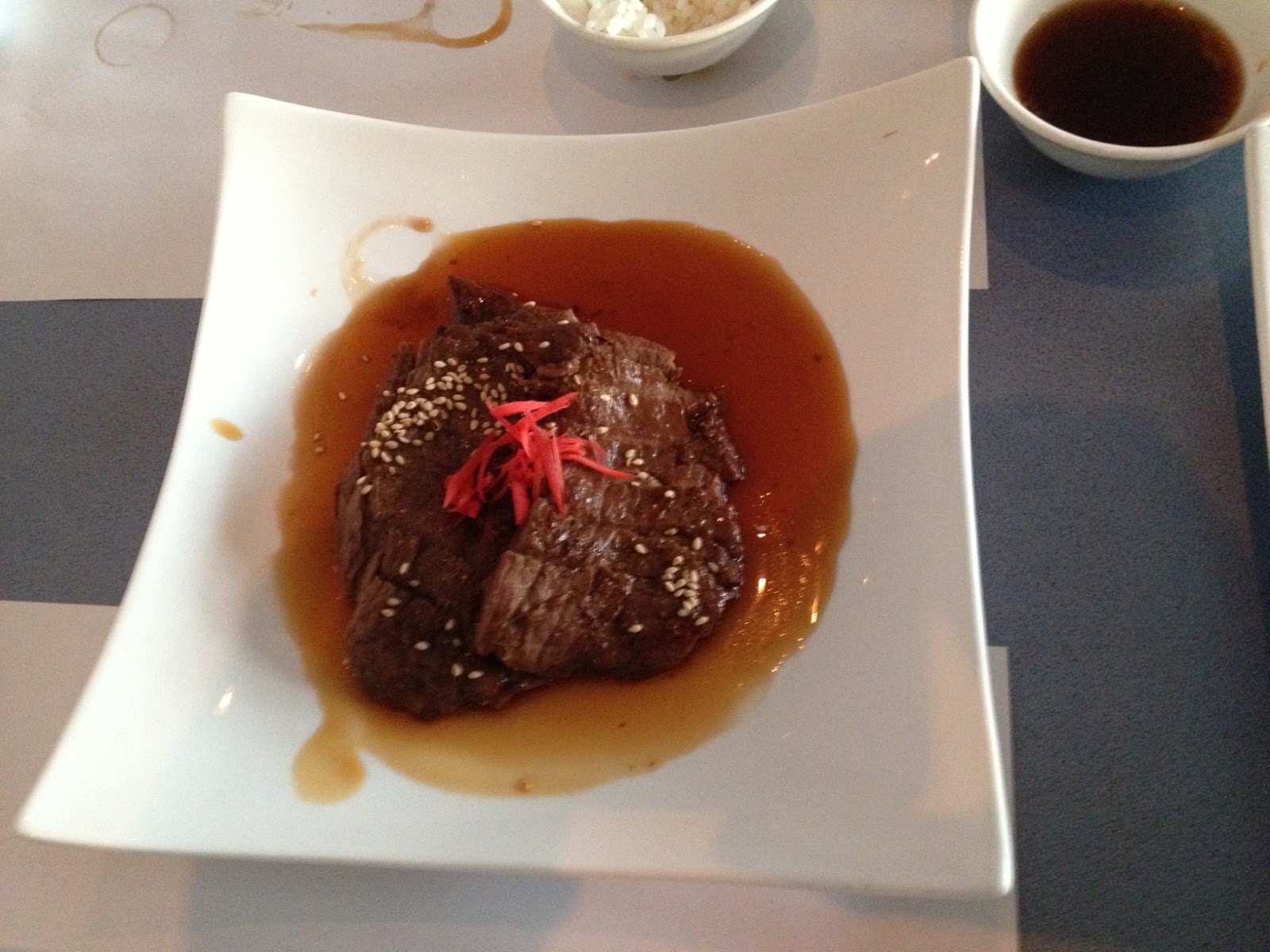 As the evening wore on, the restaurant filled up and by 8, it felt as if we were in a nightclub with chairs and tables. It was hard to carry on a conversation as it was just too loud. It dawned on me that Sho Cho, while being a  cool place to eat sushi and sashimi, did not appeal to me. It is a place where people in their late 20s in their high end labeled clothing will enjoy themselves.

The food - ok. It missed the wow factor! That is all. Am I likely to go there again? No. I think if you would like a more authentic Japanese experience  Toki is still the place. Of course, I have not been to Tori No Su yet, but Toki will do just fine. It is also better value than Sho Cho.