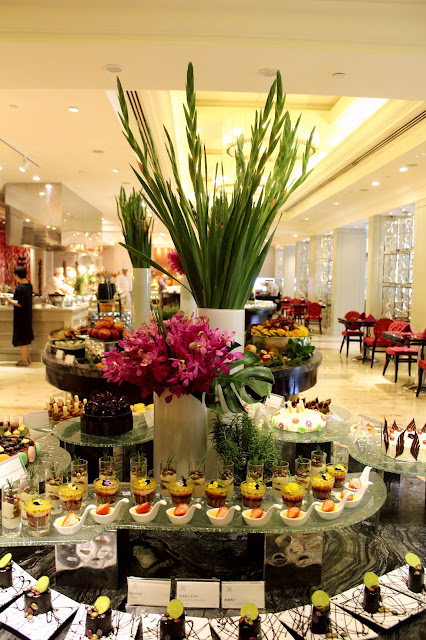 Brunch is one of those delights that everyone should experience. It is not just the wide  selection of food and bubbly that flows freely. Oh, is it so much more than that. It is about dressing up and adding that extra bit of perfume, donning heels or your Sunday best shoes and meeting friends. This is even more special when brunch is being held at The St Regis. Just the name evokes a lot of tradition and history. Some colleagues and I recently had the pleasure going for Sunday brunch at the St Regis in Chaoyang, Beijing. On a personal note, it was to be my first brunch experience in China.

The following thoughts emerged during and after my brunch.

Atlantic lobster, gigantic Australian oysters, caviar and foie gras are just some of the dishes on offer at the brunch. While there were some excellent stations, these items jumped out and spoke 'luxe' to me. Of course, nothing speaks of this feeling of a high end experience than champagne. While I am not a big fan of Moet Chandon NV, it is a reliable choice and immensely popular in China. 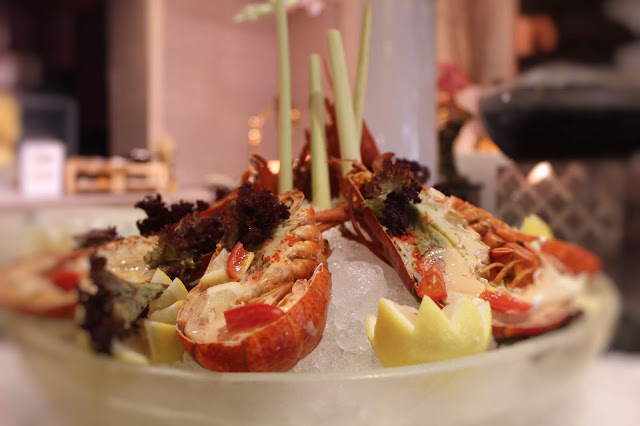 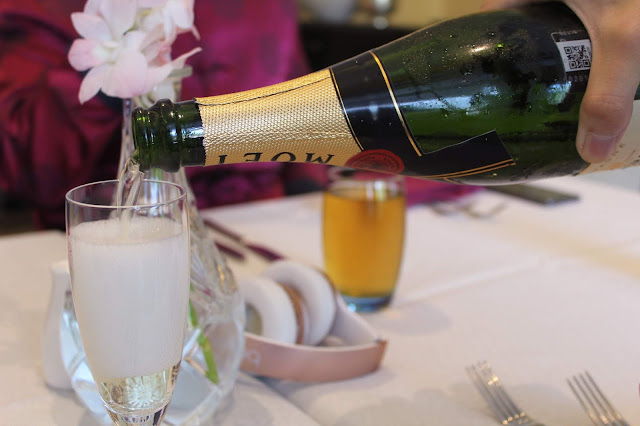 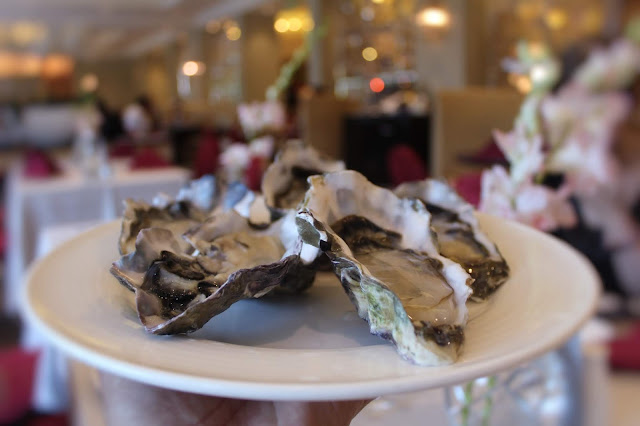 This was one of the highlights for me. I was part of a group of around 8 people. These tables can be very demanding, but the service ensured that quite a few the little things were taken care of without much prompting. An example would be the manner in which our drinks were topped up. I find it very disconcerting and irritating when I have to keep asking a waiter or waitress to top up my drinks - here, staff generally read our needs very well. Then there were times when I asked something not in the script - a jug of orange juice so we could have mimosas at our table. Our principle waiter Kyrie, part of an excellent team taking care of our table, brought it and we had fun making mimosas at our table; the small things make a big difference. 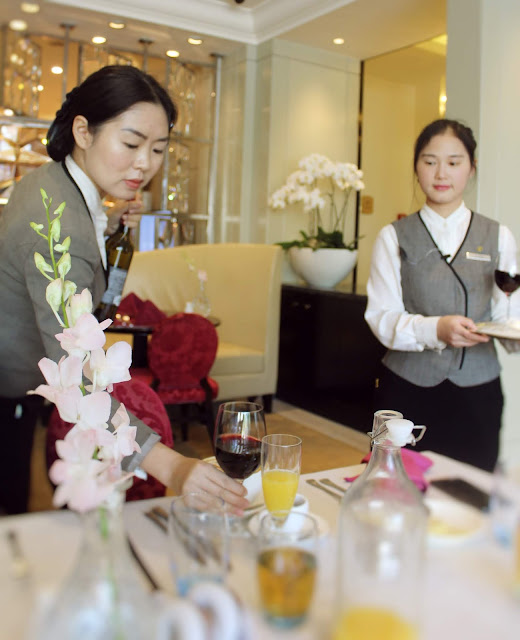 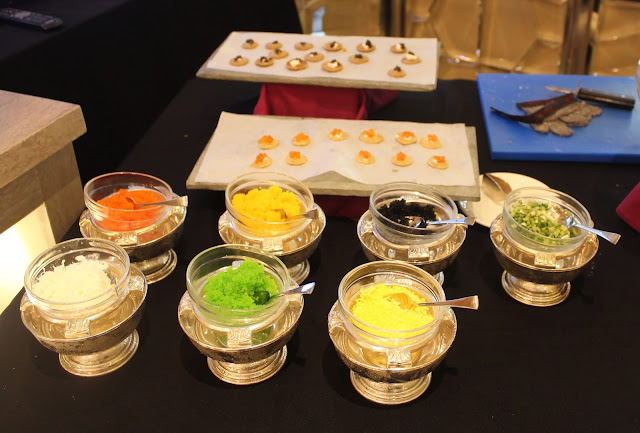 The seafood offerings on the day deserve mention. Firstly, the oysters. While I am partial to French oysters, the Aussie oysters are of the largest I have ever had. Secondly, they were nicely shucked, albeit that they were rinsed in water before being served, robbing it of that natural sensuous sea quality. Then, I also enjoyed the lobster immensely. Thirdly, Crab legs were also served but since there were no utensils for these, I gave them a miss. A colleague, on the other hand, enjoyed his with gusto. A nice touch was that my request on his behalf for a finger bowl and lemon was met with a , 'Certainly'. For the indulgent, there was also caviar, with blini and all. It is a shame though that the blini was topped with sour cream and caviar, taking away the fun element of allowing  the guest do it him/herself. However, my request to Chef de Cuisine, Victor Zhou, to bring out plain blini solved this. On that note, I loved that he was on the floor throughout brunch, ensuring that stations were refreshed. 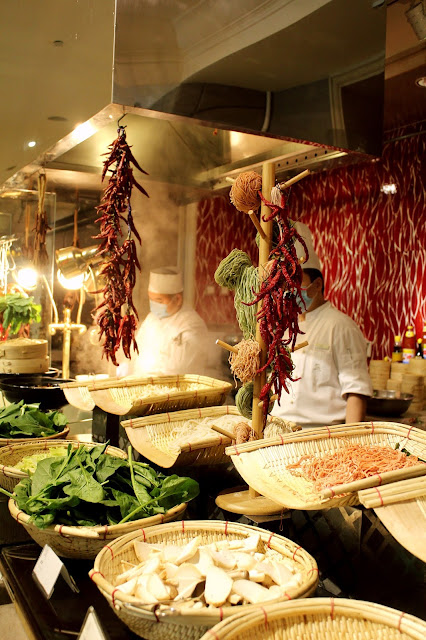 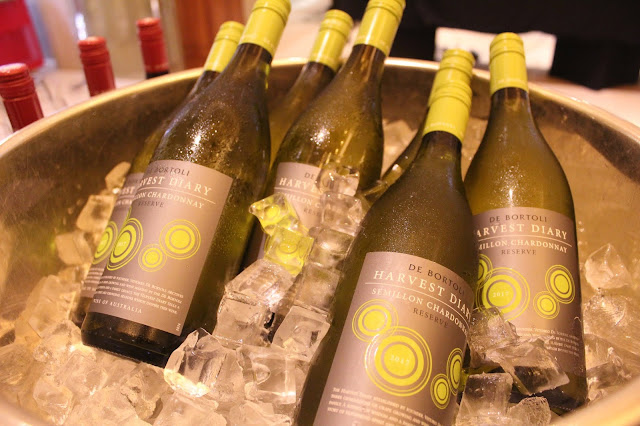 For those quickly bored with a buffet, the brunch also offered some pass-arounds. I love this idea. It is a way of adding that surprise factor to a brunch. Kudos to the chef who prepared the Sea bass. I believe it was Mediterranean sea bass, much more challenging to prepare than Chilean sea bass because it trends to be drier, but I was really impressed with the way it was done, accompanied by a delightful sauce. It turned out to be my joint favourite on the day. The other was definitely the local beef from the Grill station, served medium rare to my liking and topped with foie gras. Nicely executed. 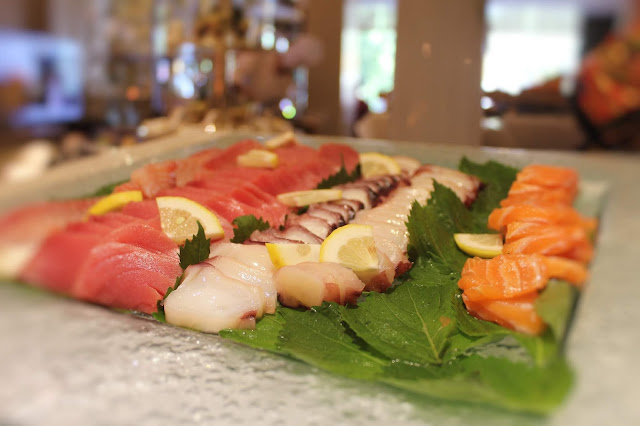 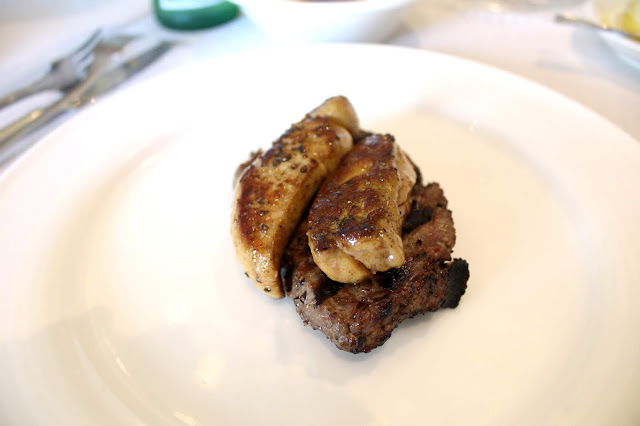 Sabrage or Champagne sabering  is synonymous the world over with the St Regis brand. Having experienced this at a few venues prior to this day, I must say it is one of those I am likely to remember for a while. What I liked about the St Regis experience here in Beijing is that a guest is invited to saber the champagne, much like Napoleon, but without  a horse! At the risk of sounding like my 12 year old daughter, it is the coolest thing ever! 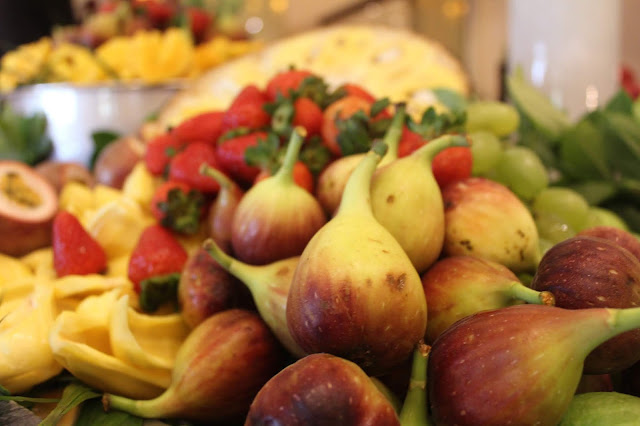 It was a good brunch, but a few minor but significant tweaks will make it even better. Firstly, the drinks. In addition to champagne, there are two wines - a red and white. It would be nice if there could be a choice of reds and whites. A Sauvignon Blanc is worlds apart from say, a Chardonnay. Similarly, a Pinot Noir might go well with the Sea bass but when it comes to the nicely prepared beef I had, I need something fuller. Secondly, cocktails would be a great addition. Let's face it, brunches seldom use premium spirits at brunch when it comes to cocktails. Cocktails actually ensure the brunch costs less money for the hotel- champagne is the biggest expense - and the result is people with a preference for cocktails willd rinks less bubbly. Finally, the music could be a bit more festive and lively. Granted, it is not a nightclub, but it is brunch! There should be a balance between refinement and fun. 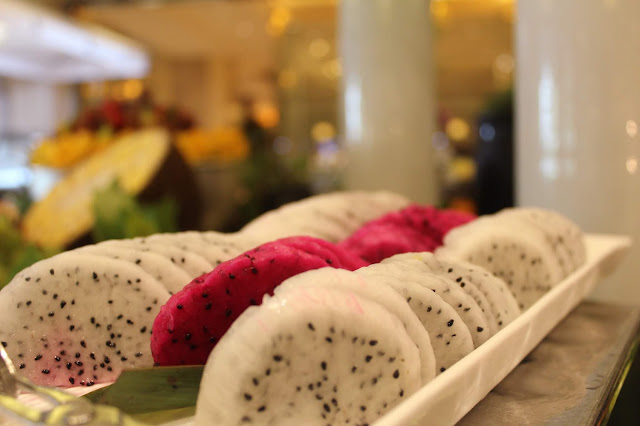 Verdict
Highly recommended. I am still learning about the brunch culture and 'formula' in Beijing, but based on around 240 brunches attended in the Middle East the last 6 years, I was quite pleased with this. Something I have not mentioned, and it is important, is the value for money aspect of this brunch. At 3 and 1/2 hours, it is more generous than most top tier experiences and at 688 RMB it is a steal when compared to a couple other brunches I have researched. There was a unanimous YES that sounded out from our table, with my colleagues really enthused about their Sunday out. I will definitely be back. 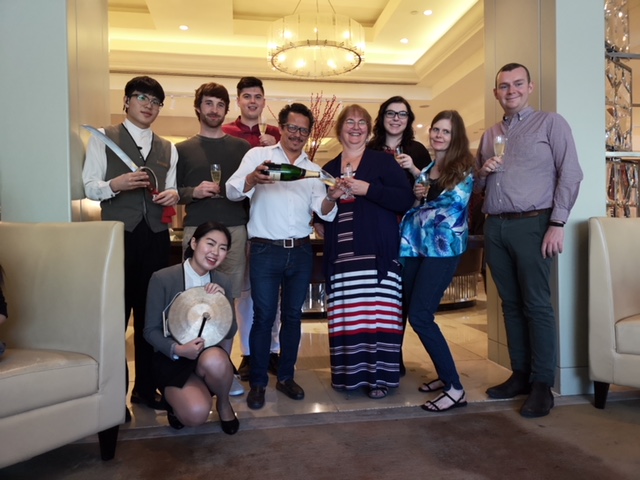 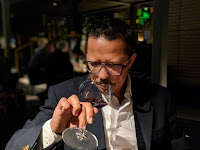