Afternoon Tea, as I have written on one occasion, is one of England's legacies to the rest of the world, and is a custom and indeed delight I am all too fond of. It is something I have shared with my 9 year old through the years. In fact, her first Afternoon Tea, and it was in fact a High Tea, was at The Raffles Hotel in Singapore when she was 3. In Abu Dhabi, this tradition has a fairly big following, but still not exploited to the extent it should be. That is about to change. 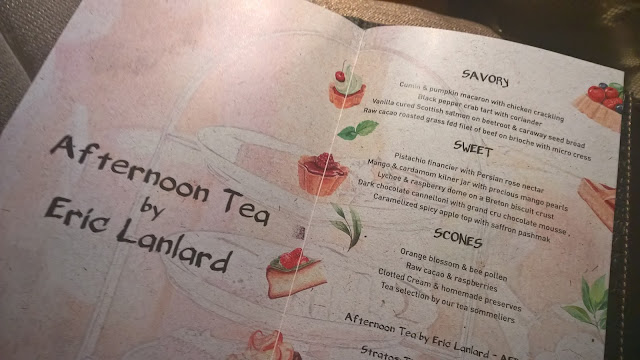 The most significant development in Afternoon Tea in the capital has just occurred with the launch of the master patissiere, Eric Lanlard's, 'Soir d' Orient" Afternoon Tea at a venue that could not be more fitting and appropriate. Stratos, recently described by Gulf News as The Best Afternoon Tea venue in the UAE, has joined forces with Eric Lanlard in a move that will change the landscape of this custom. Sipping tea and munching on a  scone, albeit in a befitting manner of course, accompanied by 360 degree of the city, sets the experience apart from others. 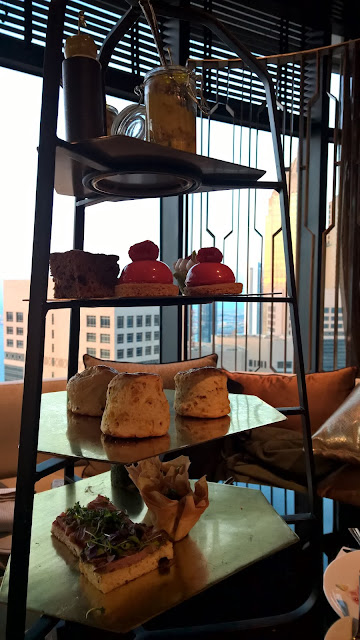 It is an Afternoon Tea that really challenges the default situation, while at the same time, not simply throwing out the concept as we have come to know it. It is a fine line to walk between innovation and downright disrespect for a tradition, but Eric successfully walks that line, and does so effortlessly. In an innovative move, his Afternoon Tea comprises just the one set, foregoing the current trend of offering guests between 2 and 4 different tea sets as is the case at some hotels. It speaks volumes of his self belief that he can put out a set that believes crosses the divides that exist in life. 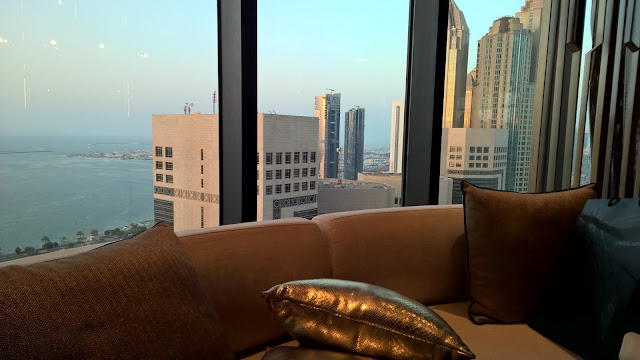 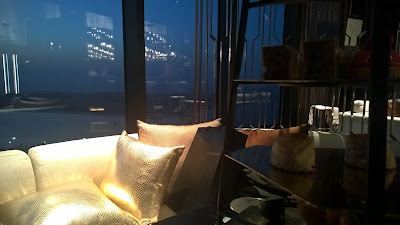 Gone are the crustless cucumber sandwiches. Scones are there of course, but there is nothing plain about his selection - one of the scones features bee pollen, an ingredient that both reflect Eric's dalliance with the organic world, but as he sees it, also connects the scones to Arabia; the latter with a history of this ingredient in its culture. Then there his Cumin and pumpkin macaron with chicken crackling which challenges the whole sweet/savoury sense as perceived by the brain. In fact, the very mention of a savoury macaron, would probably confound most people. And of course his scones. You will love his Orange blossom and bee pollen scones! 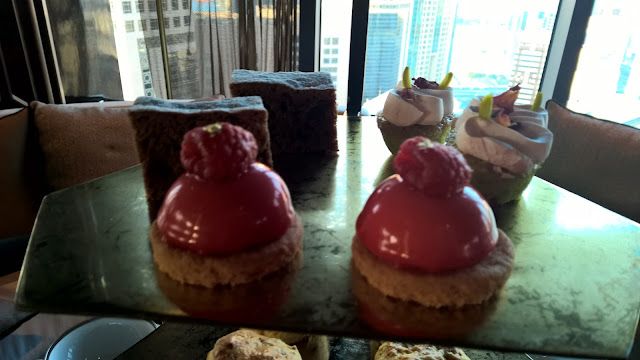 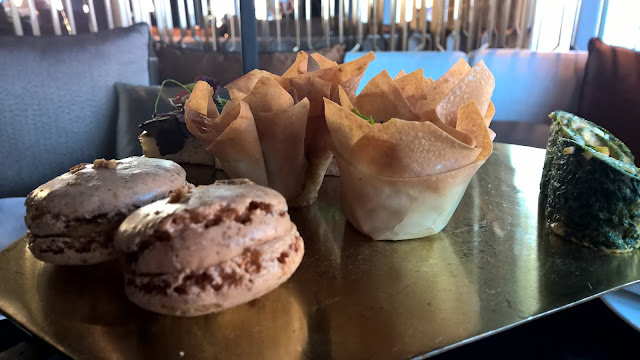 It is an Afternoon Tea that raises the bar in so many ways. At 195AED for the standard set (more than enough for two people though), rising to 295AED for the Champagne set, Eric Lanlard's Afternoon Tea experience may not come cheap, but in keeping with Executive Chef Justin Galea's vision for his restaurants to have the best possible ingredients on the table, the quality is undeniable. For example, the rose preserve uses organic roses, while the beef fillet on brioche uses John Stone grass fed beef. 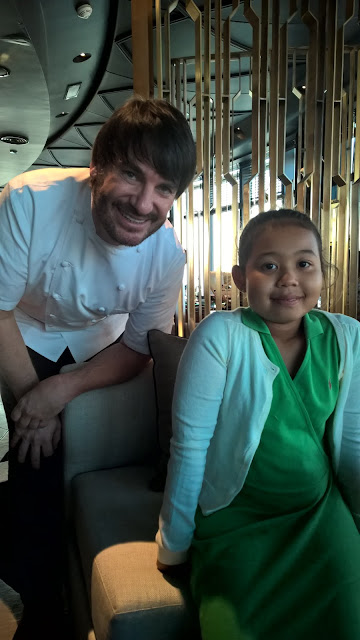 I had the pleasure of having a brief chat with Eric. I did not get the feeling of someone just willing to lend his name to a concept without seeing it through and being hands on. There is far too much passion that still runs through that mind. And that is encouraging not only for Stratos, but for all lovers of Afternoon Tea in Abu Dhabi. 'Soir d' Orient" Afternoon Tea - the capital's  designer Afternoon Tea.

Disclaimer: I was invited to the launch of Eric Lanlard's 'Soir d' Orient" Afternoon Tea as part of the media.