Undoubtedly one of the richest culinary regions in the world, South East Asia has left the world a richer place with its colorful and flavorsome cuisine. Therefore, a theme night along these lines in a  Thai inspired hotel should be a good evening. The problem for Dusit Thani, though, is that because it is a hotel in the Thai tradition in terms of its ethos, expectations are high for this kind of theme night. One expects it to be memorable.

The evening started with the chicken in coconut milk soup.I like it. Spicy and full of flavour with the live ginger wonderfully aromatic and tasty. A fabulous start to the evening. I tried the seafood salad, but found it too sweet for my liking, especially after the soup.

I then explored the selection of food and was impressed. It really was a South East Asian affair: I saw massaman curry with lamb, lemongrass and tamarind chicken, nasi goreng of course, prepared by Indonesian chef Saripudin, beef randang, creamy Thai prawn curry, chicken with ginger, mixed Thai vegetable curry, Vietnamese deep fried whole fish and many other dishes which drove home the theme night. Wonderful.

On a previous visit to Urban Kitchen for their brunch, my attention was arrested by a chef with a slight figure, standing with her hands folded in front of her, looking around somewhat bewildered and awestruck. I spoke to her and learned that she had been in Abu Dhabi for 3 days, having just arrived from Thailand. I had no idea then what a pivotal role she would play on this night.

I walked over and asked her to prepare some pad thai for me and I asked that it be, uncharacteristically, spicy. Thus began my evening in a real way. I watched her as she added the ingredients to the pan. There was a tranquility about her as she went about making the noodle dish. Chef Sarunya, as I learned her name, is from a small 40 000-people town in the western part of Thailand, called Kanjanaburi. She effortlessly added more ingredients. Soon, the tamarind paste, bean sprouts, red onion, egg, sweet radish and dry shrimp and fresh shrimp were mixing in the pan, releasing a  subtle aroma. Subtle, because pad thai does not have a very strong aroma. I left her to finish the dish and I took my seat. Soon after she presented the dish, finished off with some chives.

I started eating and I was moved. Inexplicably. I could taste something indefinable; something that ran deeper than the ingredients she added. Of course it tasted beautiful, with a bit of my requested spiciness balanced with sweetness. Texturally it was lovely too, with the peanuts providing a bit of crunch. The shrimp was perfectly cooked too, tasting fresh as I bit into it. No, it was more than all of these elements though. As I watched Yasir, my server for the night, go about his tasks with his usual efficiency and soul, I looked over to Chef Sarunya, wondering what it was that made the pad thai so special.

After that I tried the beef rendang with jasmine rice  but still my mind was on the pad thai. I went over to Chef Sarunya and asked for some satay, seeking clues as to what her secret was. The satay, when I had it, also had this element that made it so special. Satay, a typical south east Asian treat, claimed by both Thailand and Malaysia as its own, although it really originated in Indonesia. This simple piece of meat on a skewer lead me to ask Chef a question: "When you were cooking the pad thai, what were you thinking?" In her soft spoken and diffident manner, she said, "I was thinking that I was making it for my family". That was it. That is why I enjoyed it so much. She was imagining and feeling her mum, dad and younger brother back home in that small town. This explained why her little live station is so immensely popular. That indefinable but overpowering ingredient she cooks with is... love. 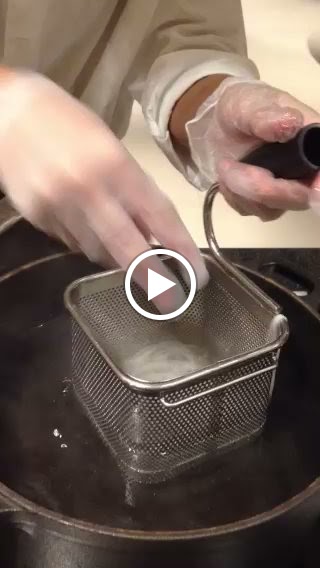 I visited the dessert station afterwards and enjoyed some of the treats on offer - The onde onde dumplings were amazing, as was some of the fruit. However, the amazing dessert spread seemed incidental.This evening was about Chef Sarunya.

This is why I will go back to Urban Kitchen for its theme night. Yes, there is a general quality to the dishes. But people like Chef Sarunya who cook from the heart and imbue their dishes with spirit and love, make this a special venue. Give me the finest Loch fyne osyters with a bit of the rarest caviar, prepared with an unkind heart, and I will not return. Give me a simple Thai dish that speaks of family and home, prepared with an abundance of heart and feeling, and I will come back time and again. Invest in ingredients, and you have guests for a night; invest in people like Chef Sarunya, and you have guests forever. A memorable night it was. Memorable indeed.