It is interesting how I am drawn to a  hotel because of its restaurants. I have always seen restaurants as the heart and soul of a hotel, a window to the hotel if you will. Yas Island Rotana, thanks to two of its restaurants and in particular to the excellent Rangoli, has been a  favourite of mine. It was this in mind that my daughter and  recently stayed at the hotel.


This could not have been more efficient and professional. Martin handled everything from start to finish and had us in our room within a  reasonable time. He guided us through our itinerary and explained some essential aspects of our stay. Well spoken, to the point and refreshingly, not guilty of over-serving us.

Our room was a Premium Twin Room that afforded us views of the Yas Marina Circuit from a private balcony. At 35SQM it is a decent size considering that the rates for our stay was around 320AED for our room and even less for a standard room. 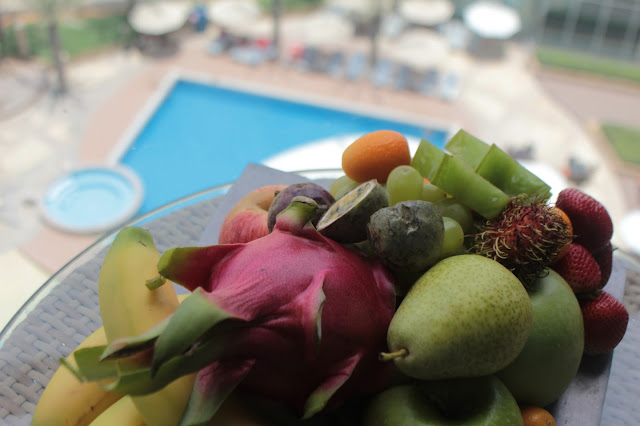 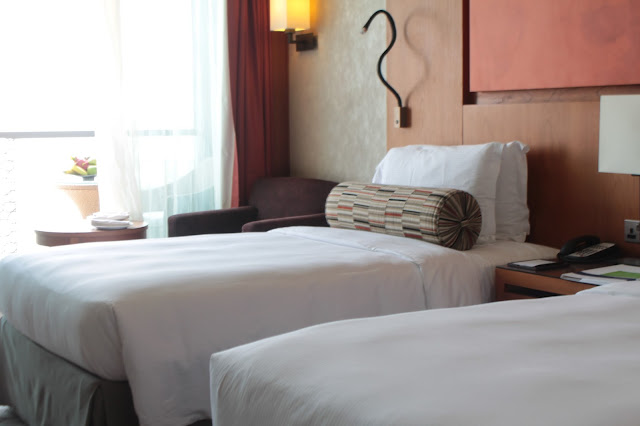 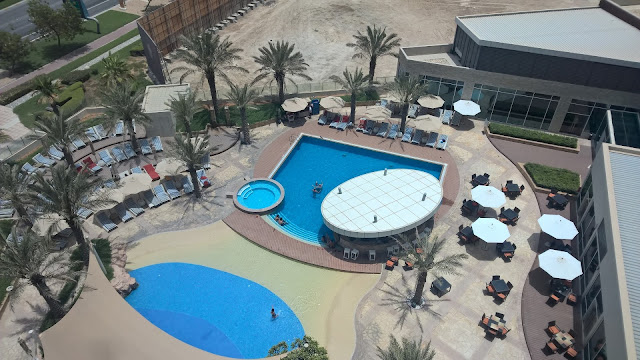 
If you ask any 11 year old what the first thing is she wants to do when she has checked in to a  hotel, well other than turning on the telly,  she is likely to say go swimming. That is exactly what we did. I was feeling hungry though, but thought we could order food from the pool side bar, Aquarius.

The pool is huge and is easily the best pool area that easily beats any 4* offering in the city, even better than many a 5* property I have tried. It just makes you wonder about how arbitrary these gradings are - granted, a swimming pool area is just one aspect that is assessed. I loved the fact that the kids' swimming pool was very generously sized - they are so often overlooked at hotel swimming pools. Another really cool thing was the pool bar where Mitsuki, my 11 year old, was able to sit at the bar and have her mocktail - immersed in water! Finally, the menu - our dishes were both 49AED and that represented excellent value considering both the tacos and chili dog satiated us. 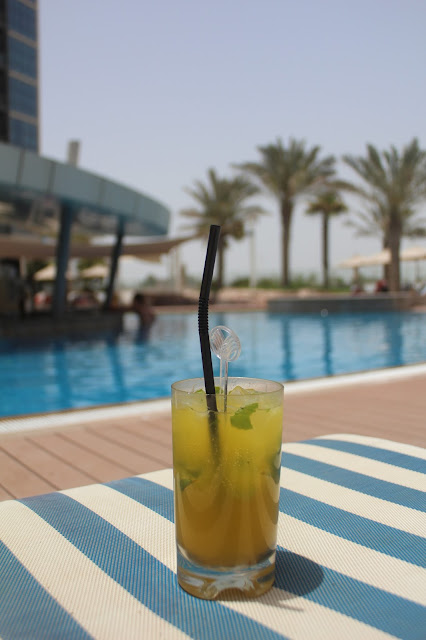 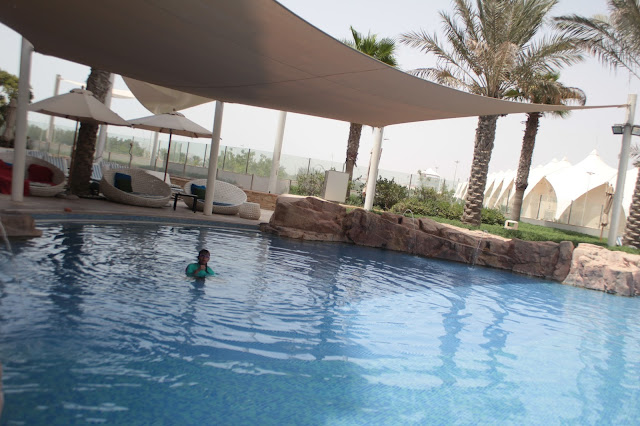 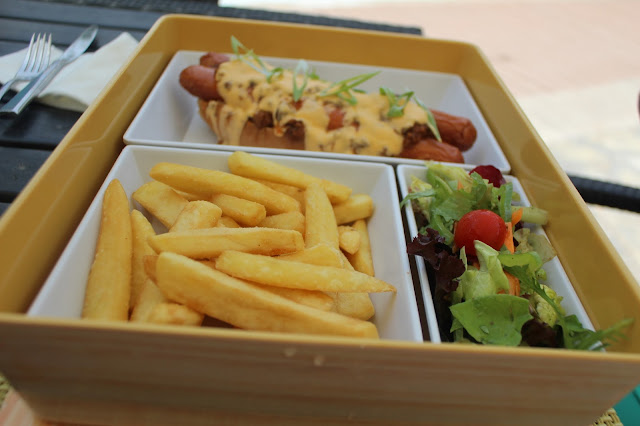 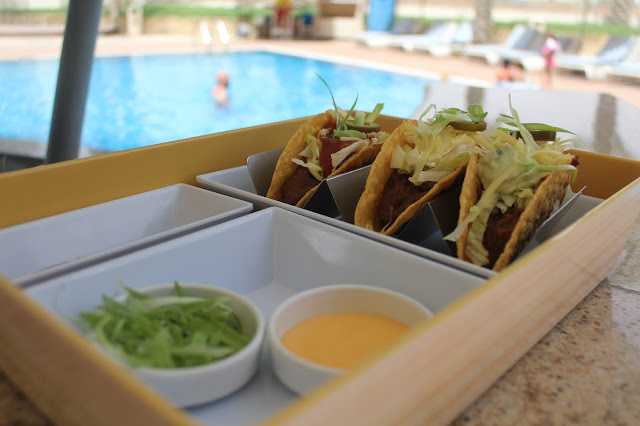 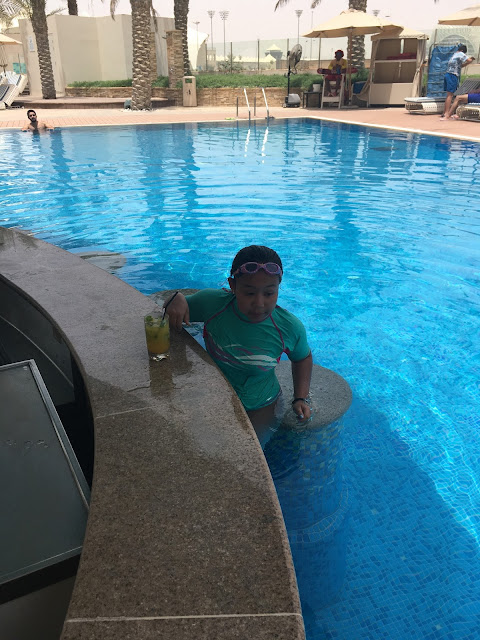 I visited the hotel's Bodylines Fitness & Wellness Club where I had a massage appointment. As I was a bit early, I dropped in at the gym, which is open 24 hours - very convenient. While I did not use the gym, it certainly looked well equipped for the size of the hotel.

I had  a relaxing Swedish massage at around 300AED, a  standard price, but I liked the fact that there was also a post-massage lounging area, something synonymous with 5* hotel spas. A nice touch. I would, however, like to see the hotel maximize their Bodylines Club by crossing t's and dotting i's. The devil is always in the detail. For example, it would have been great to relax in a bathrobe rather than my swim clothes I used prior to my massage. A simple thing that can easily fixed. 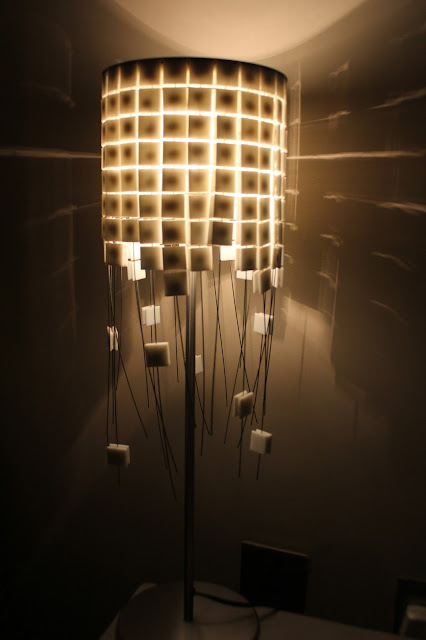 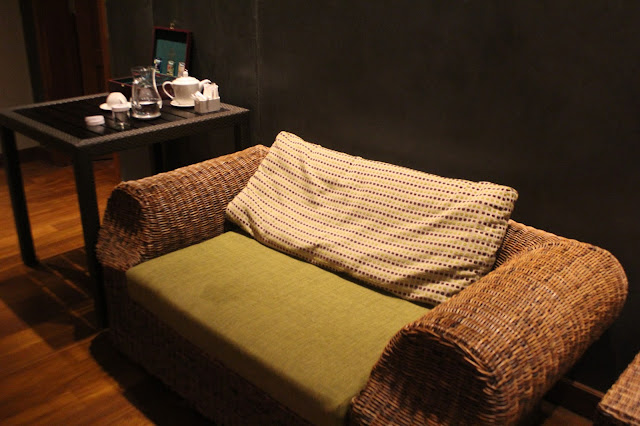 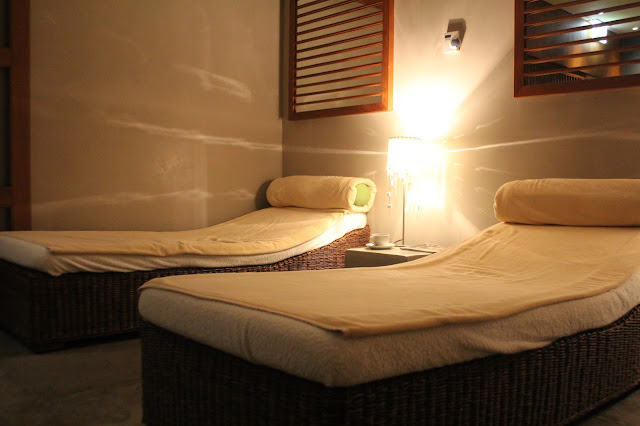 
Having tried Rangoli several times in the last few months where I came to fall in love with what it was doing with its modern Indian cuisine concept, Mitsuki and I decided to have dinner at Blue Grill, the hotel's high end steakhouse.

Blue Grill positions itself as a high end steakhouse offering guests great variety of cuts in a relaxed setting, eschewing the label 'fine'. This is conveyed early on when my Aperol Spritz is served in a  tumbler style glass, rather than the more ubiquitous but stylish wine glass. Also, gone is the trolley that is often used to served drinks in most steakhouses in the city. I have mixed feelings about this though. 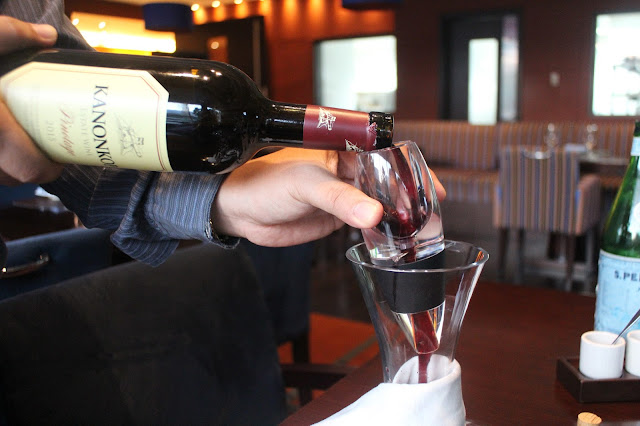 While the restaurant offers around 36 by the glass options, I had  the Kanonkop 2015 Pinotage, a  grape that is as South African as Table Mountain. Leave the by the glass options and order this!  As far as dishes go, between Mitsuki and I, we had the Beef tartar and Crab cakes served on stylish black slates - both very good. 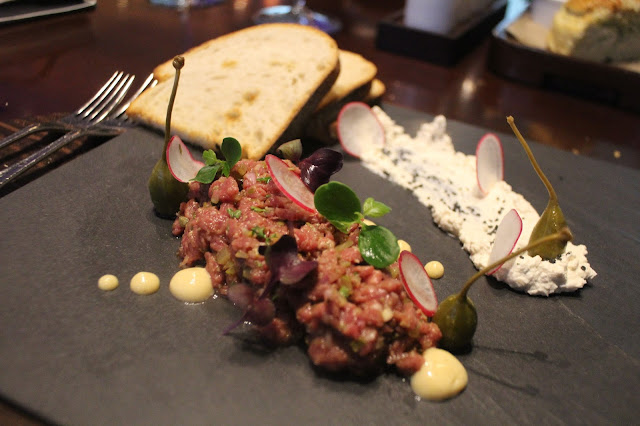 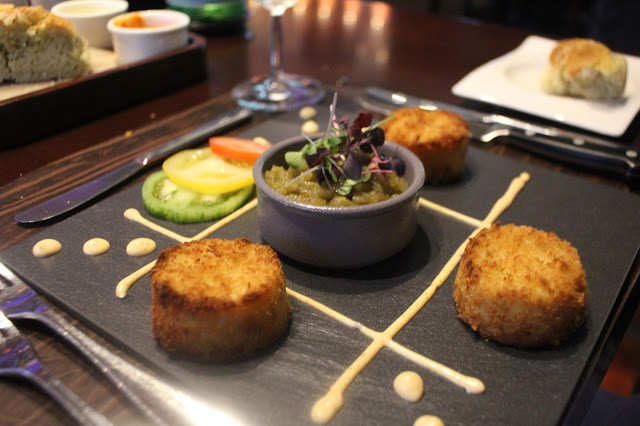 But it was the Foie Gras that really excited me - probably the second best foie gras dish I have had in the city. It asks questions of the brain thanks to being accompanied by beautifully textured granola. There are no sickeningly sweet elements on the plate, something that is done so often by chefs when they serve the French delicacy. 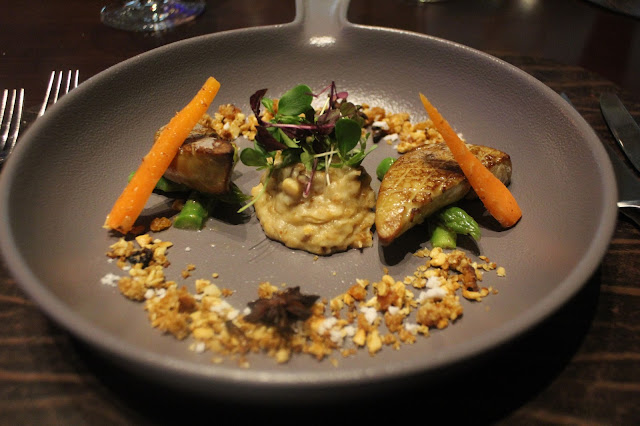 Finally, Mitsuki opted for the entry level steak on the menu, the South African Karan beef. It is what you would expect from an entry level steak and should be enjoyed with sauce because it is not deeply flavoured. In contrast though, I had the Australian Master Kobe and because it is so rich in marbling, there is no need for sauce. Make sure that you have it done medium rare - the best cut on the menu if you like richly marbled meat. Also, it is very well priced and probably the cheapest Australian Master Kobe in the city, notwithstanding that it is a tenderloin. 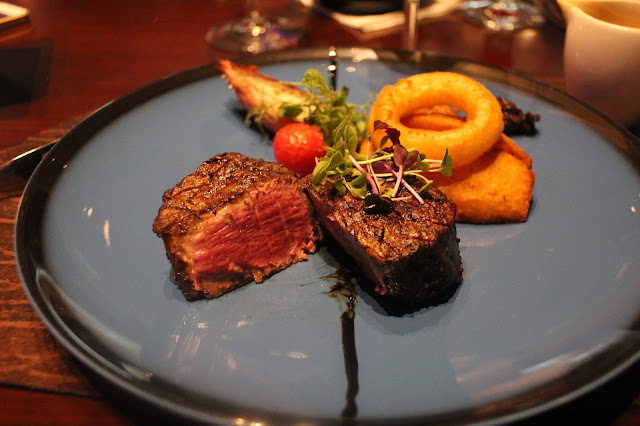 Yas Isand Rotana, as I indicated in my opening, shows what is sometimes wrong with the grading system when it comes to hotels. I have stayed at 5* hotels in the city that do not offer the balance of price, comfort, location, dining options and attention to children that this hotel does. The long and short of it is though that guests benefit because rooms are well priced, allowing guests a high end experience at a 4* price. There are added perks like  a shuttle service to major attractions on the island, a service Mitsuki and I certainly used to get to Yas Waterworld and Yas Mall. Finally, at a time when people are very conscious of their spending, hotels like Yas Island Rotana make it possible to experience a bit of relaxation that is affordable. Very affordable. 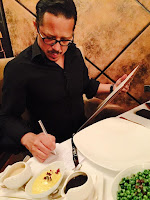 Disclaimer: I had this experience courtesy of the hotel.