When I first started writing about my dining experiences at the Intercontinental Hotel, Abu Dhabi, I became aware of this mix of the past and the old. The thing is when you have a property that is more than 20 years old, competing with numerous new glass and steel structures, Food & Beverage is the department that will keep giving guests a glimpse of the hotel's spirit. The hotel has shown itself willing to keep the old if it works (you must try The Fishmarket http://bit.ly/2fUrbye ) but also to try something new. This is evident with Circo, for example, which opened a few years ago, a restaurant offering affordable and tasty Italian fare. 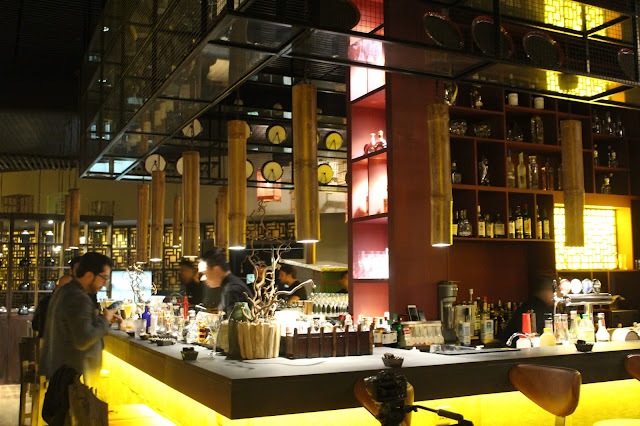 Its recent addition to its Food & Beverage portfolio replaces the space occupied by the Yacht Club, a restaurant that became an icon at the hotel. Cho Gao - Marina Walk, a Pan Asian restaurant that offers guests a taste of Japanese, Indonesian, Thai and Vietnamese cuisine, recently had its official launch and, as is often the case with the Intercontinental, there was a who's who of media present, a sign of how highly regarded the hotel is as a Food & Beverage destination. 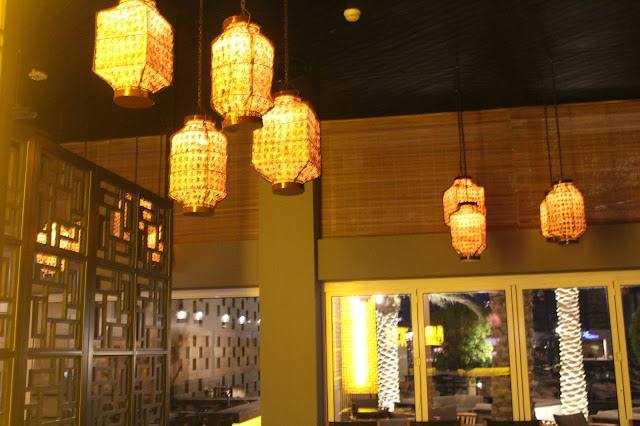 Cho Gao, with its recognisable Asian iconography, joins its sister restaurant at a nearby hotel as the second one of its kind in the city, but it is clearly more upmarket. However, it shares with its sister restaurant that Asian warmth and hospitality that has made the outlet on Hamdan street immensely popular. Comparisons are going to be inevitable but I can see a gradual flow of customers to Cho Gao - Marina Walk here at the Intercontinental Hotel. Not photographed, but premium seating in the ensuing months will be the terrace , with views of the marina; this will prove unbeatable in Autumn and Winter. 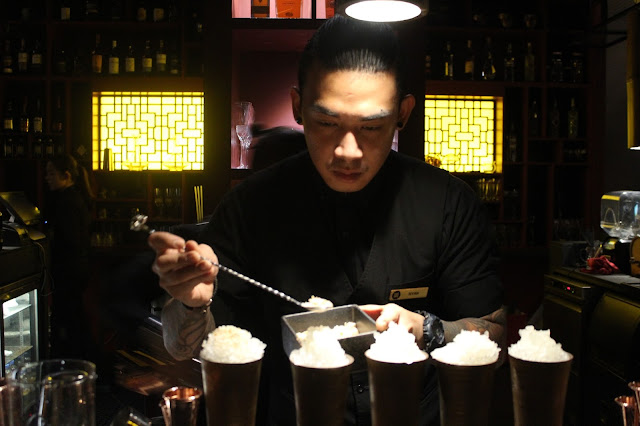 While you can expect some good, reliable Asian dishes that represent the best of those respective countries, I think the bar will be the magnet that brings guests here. It is a lively bar area with personnel that bring sexy back to having a drink at the hotel. Bar tenders are no longer waiters who fill in at the bar. They take their art very seriously and Cho Gao has a team of bar tenders who have the look, charisma and tattoos to force you to take them seriously. I am thrilled that they are being allowed to express themselves. This can become a bar that is  a destination in itself. 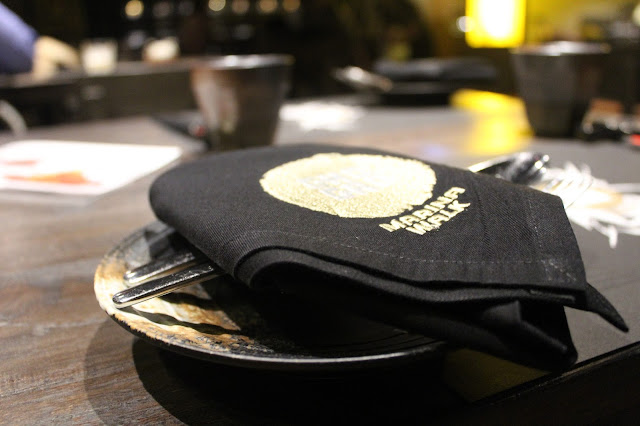 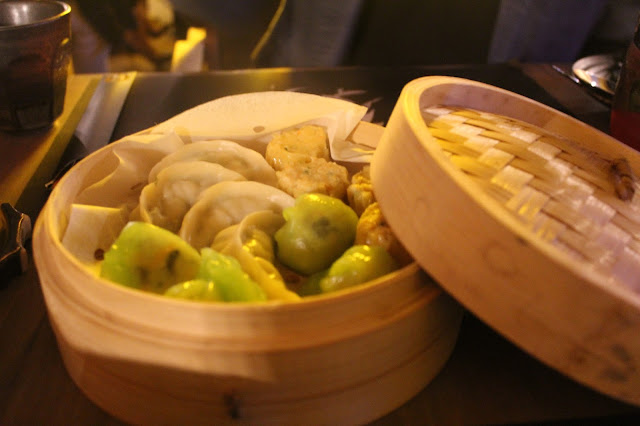 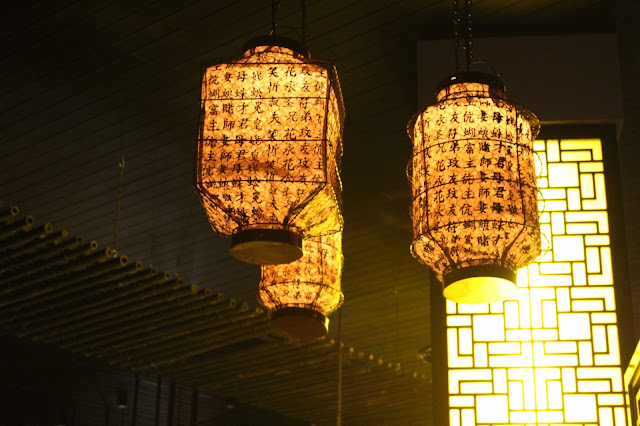 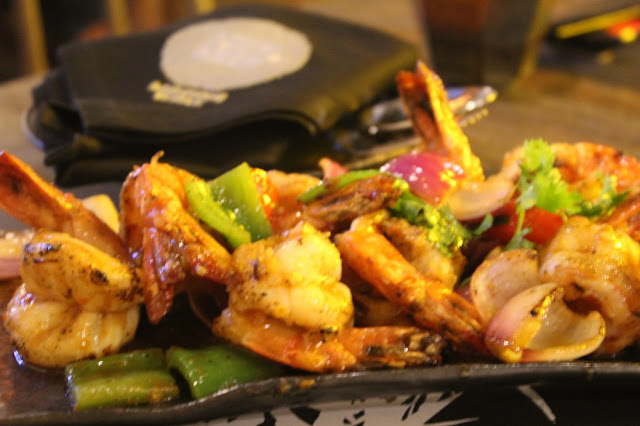 Cho Gao is a clever addition to the hotel's Food & Beverage outlets. The hotel's F&B and Marketing leaders are quite pragmatic about where they place themselves in Abu Dhabi, but I am sticking my neck out here in saying that Cho Gao - Marina Walk will not only attract a young crowd, it will also ensure that the hotel remains young and exciting in spirit. With hotels and restaurants battling in Abu Dhabi, this is what the city needs - not another over priced Dubai style restaurant, but one that appeals to most people because its concept is such a winner. Cool music, sensual cocktails and Asian dishes - weekdays are looking better! 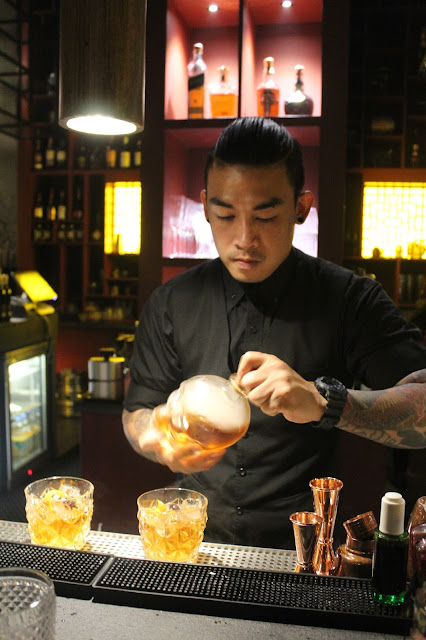 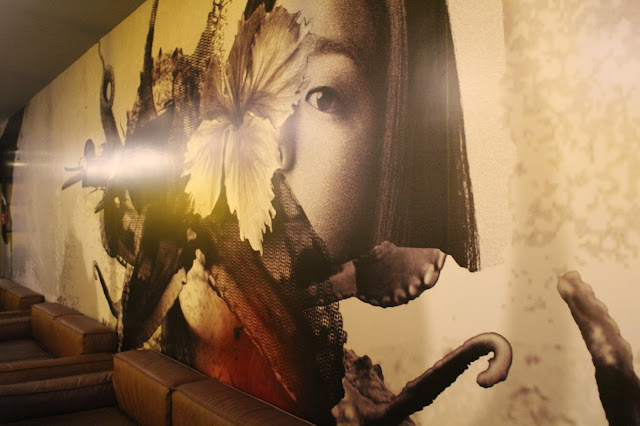